Looking Ahead in Biopharma: Key Trends Impacting the Industry

Download the PDF
Key takeaways
Looking Ahead in US Healthcare Services: Key Trends Impacting the Industry 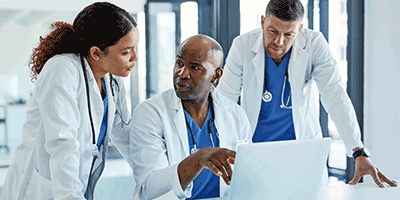 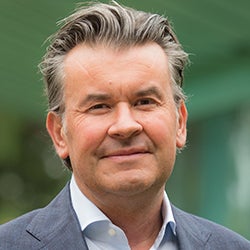 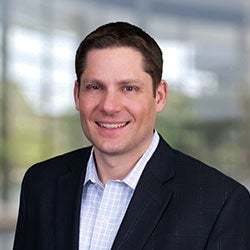 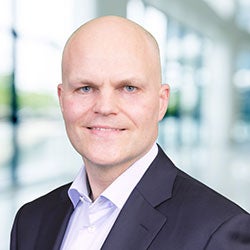 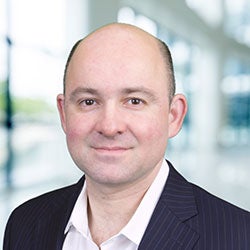 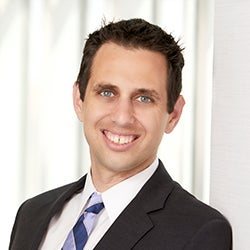 Since L.E.K. published this article in early March, several key updates have occurred in support of these trends.

In particular, the late-stage advanced modality pipeline has continued to progress. For example, CAR-T reached second-line status in large B-cell lymphoma treatment with April’s FDA approval of Yescarta as the first CAR-T cell therapy for this use. The FDA’s Cellular, Tissue, and Gene Therapies Advisory Committee unanimously recommended eli-cel for CALD, CSL Behring filed for a BLA for etranacogene dezaparvovec in May, and BioMarin announced data from an open-label Phase 1/2 study of valoctocogene roxaparvovec showing sustained efficacy for six years.

Drug pricing reform continues to be a key topic of discussion for President Biden and top congressional leaders, but the path forward to legislation remains uncertain. All of this comes during the most severe biotech downturn of the past two decades, with the XBI index down approximately 45% year to date, and challenging public market conditions are dramatically slowing the pace of IPOs. Biotech companies with lowered valuations will be faced with difficult decisions in fundraising, cash management and business development.

L.E.K. continues to monitor these trends closely and work with biopharma companies to effectively respond, and navigate, these and other developments.

The year 2021 brought tremendous progress to the biopharma industry. Nearly 5 billion people have now been at least partially vaccinated against COVID-19 worldwide, the first ever in-human data showing safety and efficacy of in vivo CRISPR gene editing was published, and 128 therapeutic-focused biopharma companies went public globally.

Going forward, biopharma executives will face challenges and should embrace transformation across many dimensions, including commercialization, financing and portfolio planning. This report shares highlights from five trends that are having the greatest impact on the industry:

L.E.K. Consulting has developed its analysis based on global events and developments currently impacting the biopharma landscape and the key trends to watch:

Growth of the advanced modality pipeline

The advanced modality pipeline has grown rapidly in the past five years, and 2021 marked another “year of firsts” for advanced modalities. China approved its first CAR-T therapy, the first BCMA-targeted CAR-T therapy was approved in the U.S., and Intellia announced the first positive human data for CRISPR in vivo gene editing. A record $23.1 billion was raised in the areas of gene therapy, cell immunotherapy/cell therapy and tissue engineering. Clinical, regulatory and commercial milestones in 2022 will shape the trajectory of an increasingly diverse advanced modality pipeline.

Key developments to watch include the following:

The developments listed above are by no means comprehensive. For example, we also expect to see continued investment in allogeneic cell therapy and rapid growth in the Chinese cell and gene therapy pipeline. But they demonstrate clear advancements — from exploring new mechanisms to expanding to new diseases to accelerating in new geographies and setting critical precedents in the path to commercialization.

Governments, payers and consumers continue to place pressure on drug prices across the globe. In the U.S., pharmacy benefit managers (PBMs) and payers are negotiating more significant discounts, with declining net prices since 2018 despite list price increases (see Figure 1). Payers also are continuing to restrict coverage of therapies they deem too expensive; the Centers for Medicare & Medicaid Services’ (CMS) recent proposed coverage restriction of Aduhelm to clinical trial patients is just one example. Pricing pressure may also come from new competitors within the industry. EQRx, the first of a potential wave of companies with disruptive “low-cost, me-too” strategies, intends to price its therapies 50%-70% lower than competitors’ pricing. It has assembled a pipeline of at least five clinical assets and has partnerships or memoranda of understanding (MOUs) with CVS Health, Geisinger, Blue Shield of California, BlueCross BlueShield of North Carolina, Horizon and NHS England. The timing of its first filings remains to be seen, as their current pivotal trial data for two lead assets is from Chinese studies and U.S.-based studies are planned to begin this year. Additionally, the biosimilar pipeline is accelerating and may soon provide increased competition to numerous blockbuster franchises. The Biden administration has set forth numerous proposed policies to control drug prices, such as Medicare drug price negotiation, penalties for price increases over inflation rates, earlier generic and biosimilar competition, and rebate transparency. Some of these provisions are included in the latest Build Back Better bill, though congressional gridlock makes it unclear whether and in what form they could be approved. Despite this, bipartisan pressure still exists for drug pricing reform, and smaller-scale changes in some form still could be imminent.

Beyond the U.S., countries across the globe also introduced new measures or plans to control pricing in 2021. For example, Germany’s new government introduced a plan to reduce the free pricing period from 12 to six months, strengthen the authority of public insurers to limit drug prices, and extend price freezes beyond 2022. Japan took its first “off-year” drug price cut and started using a cost-effectiveness assessment for expensive, innovative drugs. China’s National Healthcare Security Administration negotiated an average 61.7% discount for drugs newly added to the National Reimbursement Drug List — the most significant price cuts since 2017.

Going forward, biopharmas will need to carefully balance the pricing-market access equation, and alternative pricing models like value-based/pay-for-performance contracts will be an important tool for doing so.

A confluence of forces, including the COVID-19 pandemic, hospital system consolidation, increased institutional decision-making and new advanced treatment modalities, is causing biopharmas to evolve their commercial models. We expect launches to further develop in the following ways:

Biomarker strategies for screening, diagnosis, treatment selection and response monitoring will become increasingly critical components of drug launches. Personalized medicines have accounted for at least one-third of the FDA’s Center for Drug Evaluation and Research (CDER) therapeutic new molecular entity (NME) approvals for four of the past five years, compared with only 5% in 2005 (see Figure 2). In oncology, biomarker involvement in the patient journey is becoming more intricate and nuanced:

The use of biomarkers is also poised to expand into applications beyond oncology, particularly in neurologic, immunologic and cardiovascular diseases. For example, there is a need for affordable, noninvasive tests to diagnose Alzheimer’s disease and nonalcoholic steatohepatitis in very early, even pre-symptomatic, stages. Diagnostics companies are working to develop such tests, and biopharmas are beginning to incorporate them into their clinical trials. For example, C2N Diagnostics’ blood-based PrecivityAD test for beta-amyloid is being used for enrollment in a trial of Eisai’s lecanemab, an anti-amyloid monoclonal antibody, in preclinical Alzheimer’s disease.

Key success factors for biopharma launches will increasingly include forming partnerships with diagnostics companies, ensuring test reimbursement, promoting test availability, and educating physicians and patients. From the translational medicine stage, product planning teams must default to explicitly incorporating diagnostic strategies into their development and launch plans — and must opt out of this only if there is an inexpensive, easy-to-administer, validated and widely adopted biomarker for their target patient population.

The consensus in Western markets appears to be that public financing will decrease in favor of private and alternative fundraising. After strong volumes of global biotech IPOs in 2020 and 2021, IPOs are predicted to decelerate in 2022. About 80% of 2021 biotech IPOs in the U.S. were trading below their offering prices at the end of the year, and the Nasdaq Biotechnology Index generated no return in 2021, versus >25% for the S&P 500. Many special purpose acquisition companies (SPACs) have underperformed, and the U.S. Securities and Exchange Commission is likely to introduce new regulations that would eliminate some of SPACs’ advantages. With U.S. equity markets challenged, we expect continued strong venture capital investments and an increase in alternative, nondilutive financing options like royalty monetization and debt financing.

The HKEX in Hong Kong has become the second largest IPO exchange for biotech. It had a strong ramp-up since introducing a new listing regime in 2018, but then underwent a correction in the second half of 2021 that could impact public fundraising in 2022. There will likely be continued momentum in Asian venture capital markets, but alternative fundraising mechanisms are expected to remain uncommon.

Combined, these trends are leading to fundamental shifts across the healthcare ecosystem. To win in this evolving landscape, industry leaders will have to monitor these trends and adapt their corporate strategies to make decisions regarding portfolio investments, new product launch strategies, capital formation and partnerships with industry participants. L.E.K. Consulting is closely monitoring developments across all these trends and can help biopharmas effectively respond to each of these strategic imperatives.

The authors of this Executive Insights would like to acknowledge the following L.E.K. Managing Directors for their insights and contributions: Helen Chen, Adrienne Rivlin, Stephanie Newey, Jonathan Kfoury and TJ Bilodeau.

2Defined as those with potential for at least 18 months of treatment effects; based on cell and gene therapy pipeline from December 2019.