Why the U.S. Needs a NASA for Behavioral Health 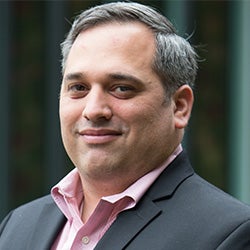 Anthony Bourdain. Mariah Carey. Kevin Love. Kate Spade. These are just some of the high-profile people who have opened up about — and in some cases, succumbed to — their struggles with mental illness. Their experiences have helped make clear that mental illness does not discriminate, is chronic and, if not adequately treated, can have deadly consequences.

But while such well-publicized struggles are helping erode the stigma around mental illness, the behavioral healthcare delivery system designed to treat it remains broken. Fixing that system requires shoring up the infrastructure and clinician capacity needed to service both existing and future demand. It moreover requires developing and scaling integrated, evidence-based care mechanisms that are supported by data aggregation, outcome tracking and reimbursement-enabling innovations from both the public and private sectors.

And all of it must be supported and facilitated on a national level — like NASA, but for behavioral health.

The doctor isn’t in, but the firefighter will see you now

Some 20% of American adults will experience mental illness, according to the National Institute for Mental Health, and 3% to 4% will suffer from a serious mental illness. And yet the organization estimates that roughly half of Americans with a mental illness do not receive treatment. That’s due, in large part, to an infrastructure shortage.

In 1963, the Kennedy administration passed the Community Mental Health Act, which authorized funding to replace state-run inpatient facilities with local ones. By 2016, bed capacity at state-run psychiatric hospitals had fallen more than 96% from its all-time high in 1955, according to the national mental illness-focused nonprofit Treatment Advocacy Center, and most states continue to reduce the number of beds they provide. In the meantime, roughly half of the community mental health centers originally slated to replace the reduced bed capacity were never built.

Some 20% of American adults will experience mental illness, according to the National Institute for Mental Health, and 3% to 4% will suffer from a serious mental illness.

Meanwhile, the dearth of infrastructure is further compounded by a lack of necessary clinicians.

According to the Department of Labor, the U.S. has approximately 25,000 practicing psychiatrists. But there are an estimated 40 million Americans who require psychiatric care each year, according to the Substance Abuse and Mental Health Services Administration (SAMHSA). The massive discrepancy helps explain why, in 2017, psychiatry was the second-most requested medical specialty at physician recruiting firm Merritt Hawkins.

The clinician shortage isn’t just limited to psychiatrists; it includes psychologists, social workers, psychiatric nurses and behavioral health counselors as well. Likely contributing to the shortage is the field’s low rate of pay; as the American Hospital Association notes, out of 30 medical specialties, the median compensation for psychiatrists is third from last. The shortage of behavioral health clinicians isn’t likely to be remedied without a recalibration of economic incentives.

Given state budget crises across the country, it will likely take federal intervention and support to close the infrastructure gap in a timely manner. In the meantime, prisons, jails and nonpsychiatric medical facilities (such as emergency departments) have become the backfill for the shuttered psych inpatient beds and never-built community health clinics. The Treatment Advocacy Center estimates that the number of incarcerated people with serious mental illnesses — some 20% of jail inmates and 15% of state prisoners — is 10 times higher than the number of patients in state hospitals. As a result, police officers, firefighters, EMS technicians, and even teachers and clergy have become de facto behavioral health primary care providers, which has created inefficiencies in their related systems and a failure to fully meet the needs of patients.

As such, while in many cases the “if you build it, they will come” strategy is scoffed at as no strategy at all, when the issue is behavioral health in America, that is exactly what must happen. Additional clinician capacity and infrastructure are desperately needed to address what is increasingly being characterized as a mental health crisis.

At max RPM but still losing the race

The increasing prevalence of behavioral health conditions — including a large baby boomer population that is becoming more susceptible to dementia as it ages, rising rates of post-traumatic stress syndrome in veterans and an opioid addiction epidemic that shows no signs of abating — will only widen the gap between supply and demand for services and will further constrain access to care.

According to the National Survey on Drug Use and Health, in 2016 nearly 8% of Americans ages 12 and older needed treatment for substance use, and just 0.8% received it as a hospital inpatient or at a drug or alcohol rehabilitation facility (as an inpatient or outpatient) or mental health center. Opioid use in particular has skyrocketed, with devastating results. Data collected by the Centers for Disease Control and Prevention (CDC) shows that between 2002 and 2017, the number of Americans who died from overdosing with opioids rose more than fourfold.

Addiction aside, the mental health of young people is another area of growing concern. The number of Americans ages 12-17 with severe depression rose to 8.2% in 2015 from 5.9% in 2012, according to the nonprofit Health for America. Yet 76% of these youth receive insufficient treatment or no treatment at all. Autism spectrum disorder is also on the rise. The CDC notes that in 2014, one in 59 American children were diagnosed with autism by age 8, up 15% in just two years.

According to Department of Labor, the U.S. has approximately 25,000 practicing psychiatrists. But there are an estimated 40 million Americans who require psychiatric care each year.

It’s time for Dr. Freud to get a new kit bag

The science showing that behavioral health and physical health together comprise a person’s overall well-being and determine that individual’s ability to function in society is irrefutable. Yet integrated — and outcomes-based — solutions remain largely nonexistent. Those that do exist are rare, nascent and difficult to scale. And outcomes-based models are difficult to deploy because there are no standard methods for collecting and analyzing behavioral health outcomes data and, by extension, no established way to assess such outcomes. As a result, it is difficult for patients and caregivers to navigate the behavioral health system and select those providers best-suited to treat their condition.

In fact, integrated healthcare’s main benefit is the cost savings from the improved physical health that behavioral healthcare yields. This is why appropriately designed, value-based payment schemas are needed to make integrated delivery models more economically feasible. Currently, however, behavioral health outcome tracking is essentially nonexistent. And behavioral health providers are a generation behind physical health providers in their readiness to accept value-based payments. They also lag far behind their medical provider peers in the deployment of basic infrastructure, such as information technology platforms and corporatized group practices.

A ripple that must become a wave

Home-based integrated care models that address physical, behavioral and social determinants of health represent one opportunity to develop and deploy targeted, evidence-based treatment. Digital tools — such as telehealth, counseling “chatbots” and computerized cognitive behavioral therapy — are another area of innovation, in this case aimed at addressing the clinician shortage and improving access to care.

However, regulations around scope of practice and mental health clinician licensure must be updated so as to ensure such innovative digital behavioral health solutions can scale. And while there is already meaningful investment activity in the space — globally, venture capital funding for mental health startups, including those focused on digital solutions, grew from approximately $30 million in 2012 to some $320 million in 2017 — such investments require new models too. For example, the Centers for Medicare and Medicaid Services (CMS) states that Medicaid administrators and health plans must give behavioral health providers opportunities to pilot innovations in order to prove their efficacy and validate the need for any additional financing.

And all innovation models — from those that integrate physical and behavioral health to any digital solutions — must be recognized and reimbursed as appropriate. It took until 2018 for CMS to create three CPT codes for integrated behavioral healthcare, for example. Meanwhile, innovators like Equality Health in Phoenix, which efficiently delivers integrated care, receive just modest payments for their efforts.

In fact, the challenges are so great and the mental health crisis so acute that at this point the only thing that will fix it is a national, federally led innovation effort that leverages requisite funding and involvement from both states and private constituencies as necessary. Such a NASA-like model for behavioral health may seem especially ambitious in our era of political gridlock. But mental illness is party-agnostic, and Americans have seen some signs of bipartisan agreement when it comes to finding solutions to this crisis.

In its current form, SAMHSA is not the optimal organization to spearhead this effort, as it is neither designed nor funded to lead care delivery transformation; its purpose is to administer block grants to states. Beyond political support and governmental intervention, however, private-sector constituencies must also pick up and carry the flag for behavioral healthcare delivery innovation and improvement. Payers, providers and research institutions need to nurture, support and scale evidence-based, integrated, data-driven treatment models.

Not only are the upsides potentially enormous for behavioral health innovators that develop efficient, scalable solutions to our most pressing needs, but all Americans would share in the beneficial impacts on society that would result.

At this point, we simply can’t afford to do anything less.

Hospitals of Tomorrow: The Digital Transformation of Hospitals in Europe

While in the US, hospitals appear to have embraced the digital revolution (driven by incentives during the Obama administration), Central European…

The Impact of COVID-19 on US Hospitals

Historically, the French dental care market has lacked the investment potential of its counterparts in many other European countries.

The Impact of COVID-19 on US Hospitals — Edition 2

Meeting People Where They Are: Effective Strategies for Social Determinants of Health

Skyrocketing medical costs, clinical variation and outcomes that underindex those of other developed nations have risen to the forefront as key issues…