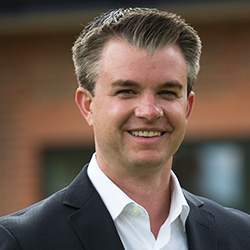 The wine sector has been experiencing a number of twists and turns in recent years. From industry consolidation up and down the value chain, to changing consumer demographics and preferences, to the rise of ecommerce, here are 10 trends that are separating the winners from the losers.

1. The market is huge and growing steadily

U.S. consumers quaffed $32 billion worth of wine in 2017, and that figure is expected to reach $43 billion by 2022, an annual growth rate of more than 6%. Even if there was an economic downturn, evidence suggests the impact on wine sales would be minimal. During the last recession (2007-08), while the growth rate for volume consumption slowed, the trajectory was still positive, signaling low cyclicality. Concerns that legalization of recreational marijuana will adversely affect wine sales seem overblown. Early data from Colorado indicates legalization has not had an impact on wine consumption, which has remained constant at historical levels.

2. Premium is the place to be

If wine sales in general have been positive, the “fine and premium” category (over $10 a bottle) has been almost bubbly. The segment ended 2017 at around $17 billion, growing approximately 8% a year since 2012. This trajectory is expected to continue, with the segment reaching around $25 billion by 2022 (see Figure 1). 3. Millennials are making their mark

Millennials differ from older consumers in a number of interesting ways. They have limited category loyalty, consuming beverages across categories (even during a single occasion). Compared with entry-level consumers in the 1960s, millennials have shown limited interest in the lowest-price wine segment, and as a result they made an outsize contribution to the growth of premium wines. At the same time, they are clearly value-focused consumers: They are looking for high quality at an acceptable price.

Millennials also demonstrate a high propensity to explore, favoring “new experiences” and varietals when making wine purchase decisions. This need to constantly discover something new has led to a continual rotation of “hot” varietals, which vary year by year. Rosé wines currently hold pride of place as the latest “it” wines: U.S. consumption of rosé grew by around 53% in the 52 weeks prior to June 2017, a significant rise from its 0.3% annual volume growth between 2011 and 2016.

The $44 billion U.S. spirits market is expected to grow 6% per year through 2022, promising ample opportunities for a broad range of industry players. 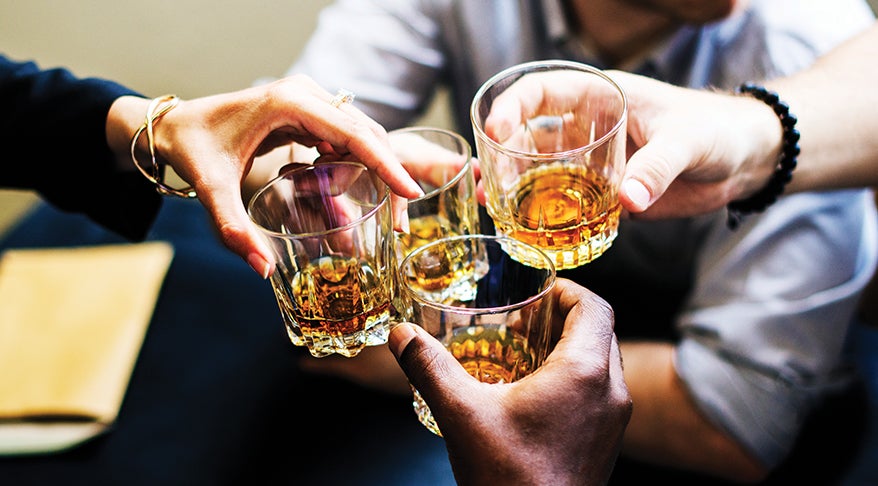 4. “Drinking in” is winning out As more and more consumers bring their wine home or to private social settings, they are increasingly embracing new forms of packaging that offer convenience and portability. For example, “bag-in-box” packaged wine is expected to see particularly high growth, given the low cost of production for suppliers. In fact, this trend is so strong that it has begun to move upmarket, with premium brands now using the format for 1.5-liter and 3-liter quantities. Boxed cabernet, chardonnay and pinot grigio grew more than 20% from 2015 to 2016.2  For example, Black Box from Constellation grew from 4 million to 6.6 million cases between 2014 and 2017, while Bota Box from Delicato doubled from 3 million to 6 million cases over the same period.

At the other end of the spectrum are smaller and single-serve packages. Tetra Paks have seen significant uptake, a result of both convenience (including the ability to reseal) and environmental friendliness compared with traditional packaging. Canned wine sales more than tripled between 2015 and 2017, albeit from a very small base (they represented less than 1% of overall wine sales in 2017).

Despite the buzz, widescale adoption of alternative packaging formats is likely to remain limited by consumer perceptions, shorter product shelf life and the difficulty of finding canning partners that focus primarily on beer.

6. The industry is consolidating, but buying opportunities remain

In 2017 the top 14 suppliers made up approximately 79% of the U.S. wine market by volume; however, a long tail of some 9,000 suppliers produced the remaining 21%. M&A activity is robust, with more than 30 deals for domestic vineyards in 2016. Acquisitions were made by producers of all sizes. Those of medium-to-large producers have been focused in the premium segment while smaller wineries were more concerned with securing supply, permits or capacity.

Private equity (PE) has also taken a few tentative sips, closing a number of U.S. winery deals in 2016. While wineries may not be an ideal fit for PE firms — there is a need to hold inventory over multiple years, and land and weather are also concerns — a significant opportunity exists to improve margins through better management, operations and commercialization.

It is also likely that buying opportunities will continue to arise as smaller wineries, grappling with a range of challenges, decide to sell. According to one recent survey of winery owners by Silicon Valley Bank, half say they may consider selling within the next five years (see Figure 3). 7. Labor shortages have begun to take their toll

Labor is a primary concern for the U.S. wine industry, and right now there is not enough of it. Producers rely heavily on migrant labor, and recent immigration policy reforms appear to be exacerbating the shortage. Seasonal workers, many of whom come from Mexico, are finding that crossing the border has become too expensive and too dangerous. In addition, producers are facing increased competition from alternative crops, including newly legalized marijuana, where the pay is better and the work less physically taxing.

A shortage of available temporary housing in areas affected by recent fires may further reduce the labor supply. The Northern California fires in late 2017 displaced nearly 100,000 people, including both documented and undocumented migrant farm workers. The resulting rise in the cost of accommodation may force workers to leave the area, especially undocumented farm workers who have no access to federal assistance. With no one to harvest their grapes, wineries may need to scale back production.

8. Distributor consolidation is limiting market access for all but the biggest

The top 10 U.S. wine wholesalers now hold a full 80% of the market (see Figure 4). The largest distributors are reportedly streamlining supplier relationships, seeking partnerships with strong, well-known brands with consistent and predictable sales. The numbers reflect this trend: In 2016, 95% of sales for wineries producing more than 250,000 cases were through distributors, an increase of 6% since 2014. For those producing fewer than 10,000 cases, distributors were responsible for only 33% of sales in 2016, a 6% decrease over the same period. 9. Wine shipping laws are evolving, but it’s a slow process

Ever since the 1933 repeal of Prohibition, the regulatory environment for alcohol has been slow to change. While wine shipping laws are starting to evolve, a big challenge for producers is navigating a confusing labyrinth of state regulations. For example, some states allow retail intrastate shipping while others do not. Some allow winery interstate and intrastate shipping while others do not (see Figure 5). In 2005, the Granholm v. Heald Supreme Court decision ruled that laws permitting in-state wineries to ship to consumers but prohibiting out-of-state wineries from doing so are unconstitutional. As a result, wine shipping regulations have relaxed: Forty-four states now allow out-of-state direct-to-consumer (DTC) shipments from wineries and 14 allow out-of-state DTC shipments from retailers. Today only three states — Alabama, Oklahoma and Utah — directly prohibit DTC wine shipments. This less restrictive environment could provide an important opportunity for smaller wineries that are not represented by distributors and are struggling to reach.

10. Direct-to-consumer sales are on the rise

In fact, wineries are already jumping on the DTC bandwagon. The DTC channel hit nearly $3.1 billion in 2017 and is forecast to grow around 11% a year, reaching $5.2 billion by 2022 (see Figure 6). Not surprisingly, much of the growth in DTC is driven by smaller wineries, which often are not represented by distributors. The largest wineries are pulling back on DTC sales, with this channel representing only 6% of 2016 sales for wineries producing more than 250,000 cases, compared with 12% just two years earlier. Meanwhile, DTC accounted for more than two-thirds (68%) of 2016 sales for wineries producing fewer than 10,000 cases, a 6% jump over 2014. While DTC has shown strong growth, it is from a relatively small base, and regulatory, logistical and consumer adoption barriers may limit the upside of this channel. These include continued prohibitions on interstate shipping in some states, challenges with shipping a heavy product that can spoil when exposed to high temperatures, and consumer preference for knowledgeable sales support when making wine purchases. In response to these obstacles, wineries are employing a number of different strategies to reach consumers directly, from on-site tours and tastings to wine clubs to selling through third-party ecommerce platforms.

Consumer Products
The wine sector has been experiencing a number of twists and turns in recent years. From industry consolidation up and down the value chain, to changing consumer demographics and preferences, to the rise of ecommerce, here are 10 trends that are

Realising the Promise of Omnichannel Engagement