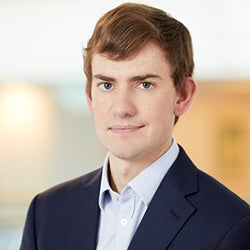 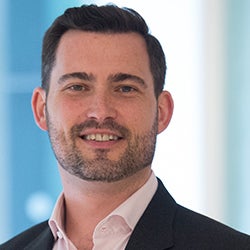 Substantial interest and investment in gene therapies has arisen from the promise of curative treatments for high-unmet-need diseases and the associated commercial opportunities. As a result, there is a rapidly growing clinical pipeline of gene therapies, with the first launches occurring in recent years. The market is currently experiencing a shortage of manufacturing capacity to serve these products, and L.E.K. Consulting’s analysis suggests that this bottleneck is likely to become more acute in the near to mid-term.

In this Executive Insights, we discuss the expected disparity between the demand for manufacturing capacity and current supply, and explain the strategic choices available to biopharma companies.

The rise of gene therapy

Therapies can be delivered in vivo or ex vivo. In vivo therapies, such as Zolgensma and Luxturna, provide a gene or gene editing mechanism directly to target cells in the body. In contrast, ex vivo therapies function by removing patient cells and genetically modifying them before reinserting them. Among ex vivo therapies, the most advanced include CAR-T (chimeric antigen receptor T-cell) therapies such as Yescarta and Kymriah. These are modified T-cells that bind to chimeric antigen receptors designed to target mutated cells.

Gene therapies have the potential to effectively cure a wide range of diseases with significant unmet needs, making them an attractive commercial opportunity for strategic and financial investors alike, as demonstrated by high funding levels in recent years (see Figure 1). In 2020 there were record levels of gene therapy financing at c. $20 billion, which was approximately double the 2019 total.

These investments have helped support a 28% p.a. increase in the number of gene therapies in clinical development between 2017 and 2020, which is significantly above the 12% p.a. growth observed in the prior five years (see Figure 2). Moreover, the number of commercially available gene therapies continues to grow with the approvals of assets such as Luxturna, Zolgensma, Yescarta and Kymriah.

Few contract development and manufacturing organisations (CDMOs) can manufacture plasmid DNA and viral vectors at a large scale, which limits overall capacity. Consequently, most CDMOs with the required capabilities are fully booked, resulting in delays for biopharma companies as they need to wait for manufacturing slots. Bringing new capacity online requires significant lead time and specialist expertise, meaning there is rarely a quick fix available to biopharma companies or CDMOs.

Relatively conservative forward-looking assumptions suggest that over the next five years, the growing pipeline and adoption of marketed gene therapies could increase the number of patients receiving this treatment by 20%-25% p.a. (see Figure 3), further intensifying the capacity bottleneck.

To date, much of the development effort has been directed towards high-unmet-need, rare monogenic diseases. We expect rare diseases to remain a major focus for gene therapies, but a majority of the current phase I and phase II pipeline is in oncology and includes non-orphan indications. On top of oncology, there are a substantial number of clinical trials in more prevalent indications, such as diabetes and cardiovascular diseases. Given this trend, the growth of gene therapy patients is likely to accelerate in the next decade, driven by assets targeting larger patient populations.

Addressing the bottleneck will take time

Over the past two to three years, both CDMOs and biopharma companies have invested heavily in new facilities (see Figure 4) in a bid to increase capacity. For example, the Center for Breakthrough Medicines announced plans to become the world’s largest cell and gene therapy CDMO with a new 680,000-square-foot facility costing $1.1 billion, and in 2019 Pfizer invested c. $500 million to expand its gene therapy capabilities. This activity will increase capacity, but setting up a manufacturing operation can take up to five years. In addition, most of the current capacity is concentrated in clinical-scale manufacturing to meet demand from the US market, leaving a need for commercial-scale manufacturing and ex-US capacity.

Technological innovations, such as single-use bioprocessing, suspension cell culture and doggybone DNA, also have the potential to increase manufacturing capacity, but most of the growth in our forecast (see Figure 3) is driven by launched assets or those in later stages of clinical development (phase II and phase III). These assets are unlikely to benefit from manufacturing innovations given a change in manufacturing processes would lead to regulatory complexities that could delay time to market or require costly equivalence studies. Therefore, despite significant efforts put towards productivity gains, these are most likely to be used in early-stage assets and hence have an impact in the longer term.

The limited set of M&A targets restricts the option of buying existing capacity, and the resulting price premiums may be too high for companies with early-stage pipelines or less validated platforms. The alternative of building capacity has significant cost implications as well as long lead times.

These challenges mean that biopharma companies are adopting a range of staged strategies in order to meet near- and long-term requirements. CDMOs are frequently used as a stopgap to support early clinical development, while buy or build approaches are formulated to support late-stage trials. The Cell and Gene Therapy Catapult in the UK is an example of such a stopgap, providing small-scale manufacturing capacity to companies or academics.

Other examples of mixed models include Freeline, which invested in in-house capabilities for clinical-scale production of its pipeline and formed a partnership with Brammer Bio to support the commercial-scale manufacture of its lead asset. Another is Novartis, which invested c. $115 million in in-house manufacturing capabilities and also entered into an agreement with Catalent to secure AAV production space.

As we move forward, the ability to secure gene therapy manufacturing capacity and develop the right skill set will be a crucial differentiator. Biopharma companies need to develop strategies to meet both near- and long-term manufacturing requirements, carefully assessing the relative merits and investment requirements of buying existing capacity, developing new capacity, forming partnerships or pursuing other more innovative approaches.

Pharma Carve-outs — How To Turn Yours Into a Success Story

L.E.K. Consulting used social listening to gauge the sentiment of virtual attendees at the ASCO 2021 meeting.