Which States Are Likely To Perform Well in a Construction Recovery? 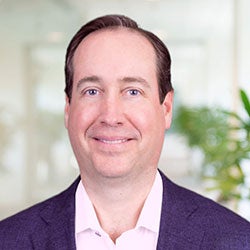 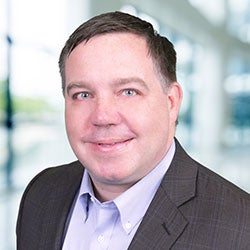 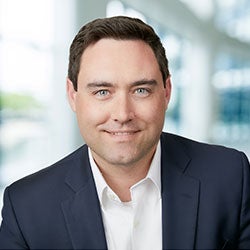 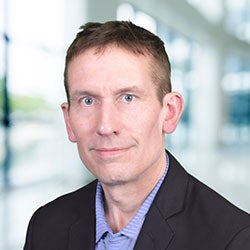 Although the building and construction industry is experiencing a downturn, some sectors will prove to be more resilient, as outlined in the April 7 article COVID-19: Which Building and Construction Segments Can Weather the Storm. Post-COVID-19, we can also expect different rates of recovery across states. Building products and construction executives are already seeing this. For example, the CEO of a leading building products company told us this month, “When it comes to demand, I see regional trends more than national trends.”

So how is performance likely to vary at the state level? Building and construction executives must pay attention to five key measures. These, among others, will be key influencers on regional performance, beyond the level of COVID-19 infection in a state and the eventual reopening of a state. These measures are:

The human tragedy of the COVID-19 pandemic is playing out across the nation, but the impact will vary by state. According to a study from the University of Washington, the peak daily deaths per million residents will be highest in a few states, primarily on the East Coast (see Figure 1). States with longer periods under shelter-in-place orders will also experience a greater relative level of societal and economic disruption.

As the U.S. moves past the presumptive peak in cases, a number of states have started to reopen. These discussions are evolving, but as of May 7, The New York Times summarized the state of the discussions as follows (see Figure 2): These discussions will continue, and the reopening dates by state will continue to evolve. An alternative way to understand when states might effectively reopen is to look at the assessments of when the pandemic is most likely to be contained. These are, of course, only estimates and depend on many factors. The University of Washington has estimated states’ potential containment strategy dates when social distancing is likely to be relaxed (see Figure 3). Based on these estimates, a number of Midwest states might expect prolonged disruption, even in those states (the majority) where construction is exempted from COVID-19 restrictions. Some states did not initially exempt construction from restrictions (e.g., New York, Pennsylvania), but have subsequently allowed construction to continue.

We are already starting to see differences between states. For example, total jobless claims over the prior five weeks as a percentage of total employment on the West Coast ranged from 10% in California to 17% in Washington. On the East Coast, the range is from 6% in Florida to 18% in Pennsylvania.1

While the extent of infection and the timing of state reopenings are certainly important, many factors drive growth at the state level. Building and construction growth is impacted by national and international economic and social factors, as well as unique factors at the state level. Several measures are worth watching; while not predictors, they may be indicators of relative state performance in building and construction.

Why this measure is important — A growing population needs to be housed, and states with relatively high population growth have a greater level of potential construction demand. Population growth can also differ markedly within states (e.g., in Texas, year on year population growth as of June 2019 is estimated as 1.2% for Houston and 2.1% for Dallas).2

A measure to watch — The University of Virginia has estimated the 2020-30 population growth by state based on U.S. Census Bureau data from the 2017 Census, as well as other historical Census data. While population rates may change because of the COVID-19 crisis, the population shift to western and southern states is expected to continue (see Figure 4). Why this measure is important — States differ in the degree to which they have a housing supply adequate to meet their populations’ demand. States with an undersupply of housing will eventually have to address the gap, generating new residential construction activity.

A measure to watch — Freddie Mac’s housing stock deficit is calculated from the target number of households and vacancy rates using Census data. It should be noted that this fundamental measure of housing supply will differ from other supply measures, such as new listings, which have fallen since the onset of the COVID-19 pandemic. The performance of each state against this measure is shown below (see Figure 5): A measure to watch — The National Association of Realtors’ (NAR) Housing Affordability Index measures housing affordability at different income levels for all active inventory on the market. Share of households from lowest to highest incomes are calculated, and then maximum affordable prices are defined, based on these incomes,3 to calculate a score. Scores range from 0 to 2, with 0 meaning that no household can afford any home on the market and 2 meaning that all households can afford all homes on the market. The performance of each state against this measure is shown below (see Figure 6): Why this measure is important — Social distancing and shelter-in-place measures have had a dramatic negative impact on foodservice, retail, arts/entertainment, hospitality, tourism and recreation. Increased levels of COVID-19 infection are predicted when the restrictions are lifted, which will continue to negatively impact these industries. Some businesses may not survive the COVID-19 restrictions and following recession. States with higher shares of employment in these industries can expect higher levels of unemployment and lower income growth, with a corresponding drag on construction.

A measure to watch — We analyzed Bureau of Labor Statistics (BLS) employment data to show the percentage of employment in high-risk industries by state (see Figure 7). Why this measure is important — A state’s ability to launch stimulus programs and create overall economic growth will help directly drive building products and construction growth in the infrastructure segment. States can also indirectly support construction through employment of homeowners and purchases (e.g., school repairs), and in other tax, spending and administrative actions (e.g., effectiveness in addressing unemployment). A state’s ability to support economic activity is partly driven by the condition of its finances. What do the measures show?

We aggregated the above measures into a composite index, treating each measure equally. States that might be expected to perform relatively well are geographically diverse, but many have a lack of housing supply. These states represent around 30% of 2019 housing permits (see Figure 9). Equally, states that are expected to underperform are also geographically diverse and characterized by low population growth and a greater exposure to high-risk industries. These states represent around 4% of 2019 permits (see Figure 10).

Figure 10
States expected to underperform in the recovery Obviously, interpretation of state data must be done cautiously, as there can be significant differences within a state. For example, an analysis of housing affordability at the metro level performed by governing.com found significant variability between cities within the same state. In Texas, 61% of homes with 2+ bedrooms listed in Austin are unaffordable for a household earning the city’s median family income, while in Fort Worth only 13% of listed homes with 2+ bedrooms are unaffordable.4

Just as states will vary in their prospects for growth, so will metros and cities within and between states show variances in growth, including in the more-resilient R&R segment.

In a previous May 5 publication, COVID-19: How R&R and Retail Can Outshine in Building and Construction, we highlighted the importance of home prices as a critical driver of R&R demand.

Since the onset of the COVID-19 pandemic, we have already seen some differences between metros. California provides an illustration. According to data from Redfin, Los Angeles and San Diego have seen a decline in home prices between March 16 and April 16, while in Sacramento, median weekly sale prices have increased (see Figures 11 and 12). Given that our research shows changes in home prices are the biggest driver of R&R spend, R&R is likely to grow faster in Sacramento than it will in San Diego and Los Angeles — based on just a few weeks of data. This is early days, and more data will be needed to draw firm conclusions, but these results illustrate the importance of understanding demand at the metro/metropolitan statistical area level.

The post-COVID-19 recovery in construction is likely to vary by state. States with higher population growth, higher employment, an undersupply of housing, better affordability, lower dependency on high-risk industries and better state financials are expected to perform well in the upturn. We see clients recognizing these issues and, taking into account these and other criteria, addressing the following questions:

Building & Construction
COVID-19: Which Building and Construction Segments Can Weather the Storm?

Top Priorities for US Industrial Equipment and Technology Companies