Psychedelic Psychiatry: A Revolution Set to Transform Our Mental Health? 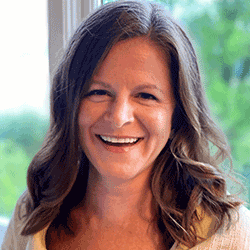 Mental health conditions such as depression, anxiety, PTSD, schizophrenia, and addiction are both widespread and notoriously difficult to treat. Their incidence is also growing, a trend that has been exacerbated by the worldwide Covid-19 pandemic. Unfortunately, this tragedy is compounded by the largely unsatisfactory treatment paradigms that are currently available for patients. Many find medicines ineffective or suffer side effects that are intolerable, and there are high relapse rates. Consequently, mental illness remains implicated in the deaths of thousands of individuals each year and is responsible for massive human suffering and economic productivity loss. The global cost of mental health conditions is projected to reach $6 trillion by 2030. Senior academics, clinicians, policymakers and charities regularly refer to a present-day mental health crisis.

However, remarkable recent successes in psychedelic clinical trials may soon offer hope for patients, particularly MDMA for PTSD and psilocybin for depression and anxiety. As a result of these successes — coupled with US Food and Drug Administration (FDA breakthrough’ designation, inward capital investment and evolving sentiment towards these treatments — we are at the dawn of a new era in treatment for mental illness.

These developments present new commercial opportunities in a market projected to be worth more than $40 billion by 2025 for a pharmaceutical sector that has largely retreated from psychiatry research. Whilst there are over 200 biotech companies in North America and Europe focused on the psychedelic space, large-cap biopharmaceutical companies like GSK and AstraZeneca have largely scaled back research efforts in psychiatry. In fact, estimates suggest that psychopharmacological drug research amongst large-cap pharmaceutical companies has fallen by 70% in the last 10-15 years, mainly due to the perceived difficulty in completing psychiatric clinical trials.

Nonetheless, these companies may wish to re-enter the space through acquisition, licensing, partnering or developing competing products. Notwithstanding exciting scientific and clinical advancements, there exist several underappreciated future regulatory and commercial challenges; biopharmaceutical companies should address these proactively now to ensure the best chances of success going forward.

A chequered past — the rise, fall and re-emergence of psychedelics

Psychedelics are a class of psychoactive substances that alter mood and senses and can cause hallucinations. The most common are ketamine, ibogaine (found in the plant family Apocynaceae), psilocybin (magic mushrooms), LSD, mescaline (derived from the peyote cactus), 3,4-methylenedioxymethamphetamine (MDMA) and N,N-Dimethyltryptamine (DMT, the active ingredient in ayahuasca). Some of these occur naturally in mushrooms and other plants, whilst others are synthesised in a laboratory. Many have cultural associations that stretch back for millennia and were used for their apparent healing abilities, rituals and ceremonies, recreation, and pleasure; others have a more modern pedigree.

In Western culture, psychedelics appeared in the 1940s and ’50s, used mainly in scientific, academic settings for bona fide research purposes — usually in mental health fields such as psychiatry, neuropharmacology and neuropsychopharmacology. However, their migration out of the lab during the 1960s to become increasingly associated with recreational drug-taking in the hippie counter-cultural movement prompted a backlash that resulted in a prohibition on drug classification schedules worldwide — a situation which persists today (see Figure 1). Academically sound research became almost impossible except for a few diehard researchers like Professor David Nutt at Imperial College, London. His dedication to evidence-based research eventually saw the medical use of psychedelics become fashionable again by the early 2000s.

The resurgence in academic research from well-respected institutions like Johns Hopkins University and New York University is to be welcomed, not least because there is evidence of individuals increasingly using psychedelics to illegally self-treat their mental ill-health. For example, a Global Drug Survey found 6,500 of 110,000 people questioned took ecstasy, mushrooms or LSD as a form of self-medication. Greater academic research would help to guide safer treatment of mental ill-health and reduce the need for self-treatment.

Formal scientific study today focuses on understanding how brains respond to psychedelics — which all act on serotonin receptors — using neuro-imaging techniques like positron emission tomography (PET). There are now over 100 ongoing psychedelic trials for a variety of mental illnesses including depression, anxiety and addiction (see Figure 2).

Currently, the only FDA- and European Medicines Agency (EMA) approved psychedelic treatment for a mental illness, in this case treatment-resistant depression, is Janssen’s nasal spray Spravato. Its primary ingredient is esketamine (chemically derived from one half of the ketamine molecule). Ketamine itself appears on the World Health Organizations’s (WHO) essential medicine list but as a general anaesthetic. However, it is used off-label for various conditions, including depression, anxiety and suicidal ideation, usually via ketamine infusion clinics. Whilst ketamine itself acts quickly (usually within hours), concerns exist about ketamine’s potential for abuse and addictiveness, so other companies, like VistaGen Therapeutics, are researching ketamine alternatives with a similar mechanism of action but a safer pharmacological profile. One of its candidates received FDA fast-track designation in 2018 for both depression and pain indications.

A revolution in therapy?

The formal evidence generated so far for psychedelics across a broad range of mental disorders appears strong. In many instances, the effect sizes that have been seen in clinical studies to date have been far superior to those observed in traditional treatments for mental ill-health such as depression. Psychedelics appear to act quickly, have long-lasting effects (especially for depression) and are well-tolerated. Although research into exactly how they work is still ongoing, it is thought that psychedelics improve the neuroplasticity of the brain, allowing it to break old connections and form new ones in a very short space of time. In fact, the evidence has been so strong that in 2017 the FDA designated MDMA a ‘breakthrough’ therapy for PTSD and in 2018 further named two psilocybin-based drugs as having demonstrated ‘breakthrough’ qualities — COMPASS Pathways (treatment-resistant depression) and the Usona Institute (major depressive disorder) — making licensing approval likely as early as 2023.

From a physiological perspective, the current evidence base suggests that when administered under trial conditions and in a therapeutic dose, psychedelics appear safe with a low-risk profile. MDMA can, though, increase heart rate and blood pressure, and psychedelics also have the potential to be misused, risking psychosis in some circumstances. Understandably then, both manufacturers and regulators are keen to ensure that trials — and eventually commercialisation — proceed safely with risks appropriately mitigated.

As well as strengthening the scientific and clinical evidence for psychedelic substances, an important innovation that providers are currently developing, alongside the drugs themselves, is the combination with different forms of psychotherapy. Indeed, an emerging consensus seems to be building that the magnitude of the effects witnessed is likely the result of a combination of both drugs and therapeutic support. As a result, providers have been actively setting up or buying clinics to better control the patient experience. For example, Field Trip has clinics in Toronto, New York Los Angeles, Chicago, Atlanta, Houston and Amsterdam whilst Eleusis bought Kalypso Wellness Centers, a chain of clinics predominantly in Texas.

Whilst the scientific and clinical evidence base continues to strengthen, there remain a number of challenges that companies will need to work through as these therapies progress towards commercial maturity.

As currently trialled, psychedelic therapy could prove costly to provide. Many of the trials presently underway involve both a drug (or drug combination) and a therapy component; in effect, this bundles the two into a single regimen. In the US, it is likely that this will be regulated through the FDA’s Risk Evaluation and Mitigation Strategies (REMS) system, which forces specific requirements in drug administration. Although intended to mitigate risk, it will also likely have a significant cost implication if the therapy component is required and strictly regulated.

Further, the therapy requires highly trained and experienced therapists; for example, COMPASS developed a five-tier therapist training programme. The expense of initially training and possibly having to maintain the accreditation of therapists is likely to be material.

Finally, the length of therapy sessions varies between different providers and by type of psychedelic, but a single treatment lasting four to six hours is not unusual. This is vastly longer than typical analogous talking therapies, which usually last one hour for an individual session. It is likely, therefore, that the cost of administering these sessions in specially designed rooms will be high.

Whilst reimbursement pathways for drugs alone are typically well laid out and well-funded in most global economies, this is usually not the case for psychological therapies. For drug/therapy combinations, the processes of receiving reimbursement are quite complicated and fragmented in most countries, because funding tends to come from different sources. Reimbursement codes for both the drug and the service as a combination will need to be sought, and if not available, advocated for.

One of the most significant challenges to commercial success is likely to be how to produce standardised organic compounds consistently and in industrial quantities. It is difficult and expensive to isolate the active ingredients, and it has never been achieved at a significant scale previously. Even producing uniform doses for trials has proved problematic, with supply constraints pushing prices for pharmaceutical-grade psilocybin to around $7,000-$10,000 per gram. One solution could be to synthesise psychedelics like psilocybin without recourse to their natural ingredient, in this case mushrooms. COMPASS Pathways’ patented production approach, for instance, allows it to access higher yields than would be possible by trying to grow mushrooms.

Whilst the current focus is on the medical — rather than recreational — use of psychedelics, it is likely that the market may mature in this direction. As with the rapidly evolving cannabis market, there may be more money to be made through a wellness application compared to a purely medical one, for instance, in micro-dosing kits taken at home or in spiritual retreats at so-called health farms. This raises challenges due to the potentially overlapping populations of patients as well as the trust and credibility issues related to companies seeking to play in both the medical and wellness spaces.

As the market senses the repositioning of psychedelics from dangerous to therapeutic, there has been an influx of recent investment and the creation of a raft of specialist companies focused on advancing psychedelics through to commercialisation. With many of the barriers to widespread psychedelic use fading and with larger trials in populations of greater diversity already underway, approval timelines within the next two to three years appear likely. Companies should expedite plans now for how to overcome the significant challenges in bringing these exciting therapies to market.

Webinar Recording — Healthcare: What To Expect in 2021

Hear from L.E.K. Consulting experts about key events and trends in the healthcare services sector in 2021, from the kickoff of CMS’ Direct Contracting…

Consumer Healthcare and Coronavirus: Three Trends That Will Continue to Drive Long-term…

The coronavirus pandemic has radically reshaped consumer attitudes towards health and wellness.

This survey offers a glimpse into how a pandemic has changed the general population’s sentiment on healthcare and resulting behavior.

Providers are on high alert due to the global impact of COVID-19. Current and potential future waves of infections, lockdowns and reopenings — and their…

Meeting People Where They Are: Effective Strategies for Social Determinants of Health

Skyrocketing medical costs, clinical variation and outcomes that underindex those of other developed nations have risen to the forefront as key issues…