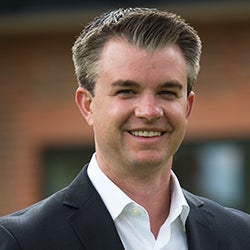 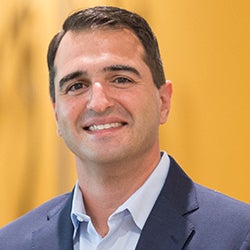 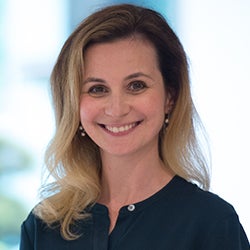 When it comes to their food, U.S. consumers are a study in contrasts. On the one hand, changing preferences are driving demand for fresher, healthier options. On the other hand, a report from the Pew Research Center shows that Americans are eating significantly more grains, fats and calories than they used to.

What’s behind this paradoxical behavior? For answers, look to modern lifestyles. Soaring rates of chronic diseases have drawn attention to the role of diet in health and well-being. But these preferences are evolving against a backdrop of rising productivity. In a high-stress, time-starved environment, people often default to indulgence in their efforts to decompress.

As a result, we’re finding that today’s consumers “talk thin” more than ever before. At the same time, they continue to “eat fat” by indulging in the foods they love.

To unpack this inconsistency, let’s begin with a look at some results from the latest edition of L.E.K. Consulting’s biennial consumer food and beverage study.

A growing appetite for indulgence

But most respondents also admit to indulging occasionally. Around 85%, in fact, say they give in to more than half of their cravings (see Figure 2).

If people know about healthier options, why reach for a treat instead? Keep in mind that eating isn’t always about hunger — it can be a psychological response as well. For instance, according to some studies, “comfort” foods really are just that: The sugars and fats they contain effectively moderate feelings of stress.

And comfort foods are all around us, ready to eat. From store checkouts to office kitchens, carnivals to conferences, birthdays to game days, calorie-laden goodies are an arm’s length away. Meanwhile, a Gallup survey reveals that Americans now put in an average of 47 hours of work each week. To the tired and hungry, that hot dog, muffin or bag of chips can seem just what they need to power through a demanding day.

Moreover, treats are an affordable pleasure. If a beach vacation or designer bag is out of reach, there’s still room in the average budget for a soft drink or candy bar. By the same token, indulgent eats can be nourishment for the soul, brought out as they are in expressions of hospitality, celebration or love.

Although 63% say they try to eat healthy most or all of the time, 85% admit they give in to over half of their cravings for indulgent foods.

But not all treats are created equal. According to our survey, fast food and pizza top the list of not-so-healthy indulgences. Sweet breakfast baked goods are somewhat less than half as popular. In between those lie packaged savory snacks and chocolates or candy (see Figure 3).

These findings echo broader market trends. Last year in the U.S., fast-food sales grew faster than the overall economy. At the same time, in 2018 the worldwide pizza market reached $134 billion, with more than 75,000 pizzerias in the U.S. alone.

That’s not to say sweets aren’t holding their own. Consider that overall annual growth in the U.S. food industry is about 2.9%. Sales of premium chocolate, however, saw a 10% uptick in just the past year. Cupcake sales rose 13% over a five-year period. And between 2012 and 2013, sales of mini-pies grew 22% (see Figure 4).

Four areas where indulgence is winning

So indulgent foods are up — but not across the board. For example, as sales rose 7% for ice cream and frozen dairy desserts, they slipped 10% for frozen yogurt during the same period between 2014 and 2016. To the extent indulgent foods are trending, they’re doing so within the context of trends such as:

Retro. Nostalgic foods are making a comeback. Evidence? Start with Krispy Kreme. After weathering multiple storms in its 81-year history, the U.S. purveyor of often-hot, crave-worthy doughnuts today claims a transaction value of $1.3 billion. Then there’s Hostess, whose value went from liquidation in 2013 to $2.3 billion just four years later.

As with fashion, however, not every trend returns in exactly the same way. A corn dog might now have sweet-potato batter or lamb merguez sausage. Fried chicken is often tweaked to international and regional tastes. And New York-based Shake Shack emphasizes the freshness, sustainability and purity of its classic hamburger fare.

Fusion. Bacon cheesecake? Sushi burritos? Beef brisket between slices of … doughnut? Fusion cuisine, once the province of high-end restaurants, has found its way into street food.

Some incarnations are as simple as substituting sriracha for ketchup or adding curry seasoning to potato salad. And some providers have offered mashups for years—think barbecue chicken pizza, a longtime staple of California Pizza Kitchen’s menu. As the population becomes more diverse and exposure to other regions and cultures increases, this more egalitarian form of fusion can introduce novelty without straying too far from comfort-food familiarity.

Portion control. Indulgences often come with a side of guilt. In the past, food and beverage sellers may have responded to this by reformulating their products to contain less sugar or fat. Today, they’re more likely to aim for flavor but offer sizes that enable consumers to indulge in moderation.

Bud’s Best Cookies, for instance, come in bite sizes only. Applebee’s encourages diners to make a meal of their side dishes. And 7.5-ounce cans of soda from Coke, Pepsi and Dr Pepper Snapple Group allow consumers to enjoy their favorite brands without the caloric load of the usual 12-ounce size.

Healthy twists. The flip side of portion control is more healthful food that mimics the flavor and texture of everyday favorites. With these options, people can dig in without the same level of concern they might have about foods with more sugars, salt and saturated fats.

For example, look to the bevy of savory snacks — kale chips, dried chickpeas, exotically spiced nuts and so forth — taking their place alongside more familiar favorites on grocery shelves. Or consider energy drinks like those from Runa or Hiball, which offer less sugar than their more traditional counterparts and more organic or superfood ingredients. As for sweets, high-protein ice cream — something that didn’t even exist a decade ago — now accounts for 10% of all new ice cream launches, with category pioneer Halo Top leading the way.

Going against the (whole) grain

In light of these findings, consumers’ relationship with food seems not so much paradoxical as bifurcated. They talk thin, because they know how they must eat most of the time. But they eat fat, because food is no mere source of energy. It’s also a source of restoration, novelty, craftsmanship and emotional fulfillment — not to mention sensory delight at its purest level.

The good news is that brands are stepping up with products that can fulfill one or more of these needs while staying abreast of shifting lifestyles and expectations. That’s no small thing to consumers. In an unpredictable world, with all its cares and burdens, what a luxury it can be to lay them all down for a moment’s worth of deliciously indulgent fun.

The L.E.K. Global Situation Report is a uniquely rich, current, and customisable collection of indicators that provide a powerful recovery planning aide

Artificial Intelligence Arrives — For Retailers, the Time to Adopt and Disrupt Is Now

After years of anticipation and hype, artificial intelligence (AI) is no longer just a prospect — we are in the early days of a disruptive megatrend that…

Micro-Fulfillment Centers for Grocery: How Thinking Small Can Be a Big Win

In 2019, ecommerce was estimated to be ~3%-4% of total grocery retail sales, and that share has been growing quickly. Even before COVID-19, ecommerce…

Ecommerce is expected to gain significant share in the near term even as lockdowns are eased due to the ongoing pandemic; however, the gains could be…