How the Inflation Reduction Act Will Impact the Biopharmaceutical Industry 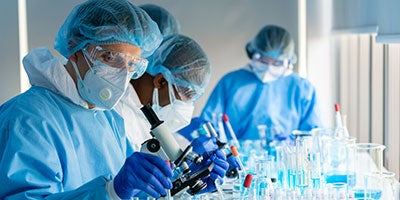 Have you taken the right steps to launch your biopharma product? Find out by reading about L.E.K.'s Launch Excellence Framework.
Read more
Volume XXIV, Issue 39 | September 9, 2022 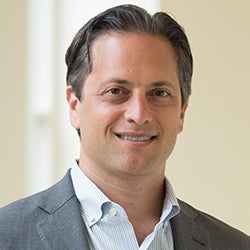 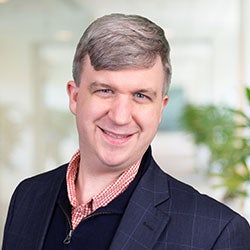 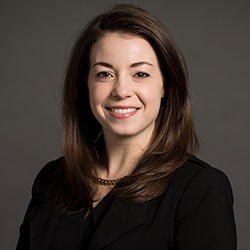 The business model for biopharmaceutical research and manufacturing is unique among industries. Manufacturers invest in research and development (R&D) at high cost and with high risk and long-time horizons. In fact, the biopharmaceutical industry has the highest R&D intensity of any industry as of 2019. As a result, in the past decade, the industry has brought to market transformative treatments including immune checkpoint inhibitors for solid tumor cancers, a new curative treatment for hepatitis C, cell therapy for leukemia and lymphoma, and, most recently, vaccines and treatments for COVID-19. U.S. companies led the world in the number of new chemical and biological entities launched from 2000 to 2020, and the U.S. is widely considered the most critical market for biopharmaceutical manufacturers, accounting for nearly 50% of branded prescription biopharmaceutical net revenues.1,2 This is due to a range of factors, including access to capital and talent, regulatory frameworks that promote innovation, and favorable pricing conditions.

On Aug. 16, President Biden signed the Inflation Reduction Act into law, marking the most significant healthcare reform since the Affordable Care Act. Several provisions of the act are a step forward in improving affordability of and access to innovative treatments, which is of benefit to patients and biopharmaceutical manufacturers alike. These include a limit on copayments for insulin covered under Part D or furnished through durable medical equipment (DME) under Part B; elimination of out-of-pocket cost sharing for adult vaccines covered under Part D, Medicaid and CHIP (Children’s Health Insurance Program) programs; expanded eligibility for low-income subsidies; and, importantly, a $2,000 annual cap on Part D patient out-of-pocket costs for the first time ever. However, several of the act’s key provisions will directly lead to lost revenue for biopharmaceutical manufacturers and require them to reevaluate their R&D budgets and portfolio priorities as a result. In this Executive Insights, L.E.K. Consulting discusses how this legislation is expected to impact biopharmaceutical manufacturers and how manufacturers can respond as they navigate this new normal.

These provisions will have a significant direct and indirect effect on manufacturers’ revenues, likely across payer channels.

While the totality of these impacts is nearly impossible to quantify, it will almost certainly represent a substantial reduction in biopharma revenue. The legislation will affect some companies more than others, particularly those with a higher concentration of high-Medicare-spend products in their portfolio. The risk of revenue declines contrasts significantly with the industry’s strong historical revenue growth, which averaged ~30% in aggregate worldwide for top biopharma companies between 2014 and 2021.5

It is also worth noting that there are several additional potential consequences of these provisions. First, manufacturers may try to mitigate their revenue loss by setting higher list prices than they otherwise would have for newly launched drugs. Additionally, these provisions may disincentivize generics manufacturers from entering the market, given their pricing advantage relative to Medicare-negotiated branded drugs may not be sufficiently attractive for them to generate significant volume and revenue. As of 2018, unbranded generics represent 84% of prescription drug volume in the U.S. but only 35% in a group of 32 other OECD (Organization for Economic Cooperation and Development) countries.

L.E.K. expects these revenue reductions to have immediate and long-lasting consequences for biopharma R&D investment levels and portfolio strategy, resulting in lower overall levels of innovation. The CBO estimates that the act would lead to a ~1% decline in newly approved drugs over the next three decades. Pharmaceutical Research and Manufacturers of America (PhRMA), however, has noted that this significantly underestimates the impact due to several methodological limitations. These include (perhaps most importantly) that the CBO study only examines newly approved drugs and does not account for reduced investment in life cycle management (LCM), it assumes any positive return on investment (even if marginal) would result in a decision to invest, and it does not account for an increased number of new approvals over time.

The types of programs that would likely be the most impacted are concentrated in three areas: small molecules, LCM programs and diseases disproportionately affecting the elderly. The effects will be felt not only by large and mid-cap biopharmas, but also by emerging (often pre-revenue) biopharma companies. In fact, many from the healthcare investing community publicly stated in July that even before the act was passed, it made them “extremely cautious and hesitant to fund any new small molecule projects for diseases of aging.” While it is difficult to estimate the extent of the Inflation Reduction Act’s impact at an industry level, there are several specific steps that pharmaceutical manufacturers should take today to better prepare themselves to navigate the new normal that it has established (see Figure 4).

Proposed manufacturer steps to respond to the Inflation Reduction Act

Proposed manufacturer steps to respond to the Inflation Reduction Act

The priorities are slightly different for emerging biopharma companies. They too will need to assess revenue impacts, reevaluate their portfolio strategy and investments, and emphasize comparative data in their clinical programs. But beyond that, they will also need to reevaluate their partnership strategy, invest earlier than before in a pricing and market access function and strategy, and reevaluate their strategy for capital raising in the face of some investment headwinds.

Despite the progress the Inflation Reduction Act makes in reducing cost and increasing access to innovative medicines, it also introduces a considerable degree of uncertainty for biopharmaceutical manufacturers. Amid this uncertainty, there are clear steps that manufacturers should take to plan and move forward in this new reality they are facing.

5Average of 2014 to 2021 worldwide branded pharmaceutical revenue growth for 11 of the top 15 biopharma companies as of 2021. BMS, AbbVie and Takeda excluded due to transformative acquisitions in the years between 2014 and 2021. Eli Lilly excluded due to lack of segment-specific revenue reporting in 2014.