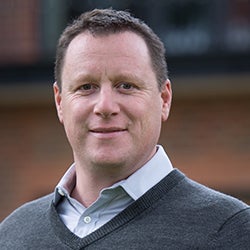 Australian companies have a fast-narrowing window of opportunity to define, realign and refine their transition pathways to a decarbonised future. Not doing so risks reputation, profitability and, ultimately, their own longevity.

No time to waste

With global governments, investors and consumers increasingly prioritising businesses with a clearly defined pathway to net zero emissions, Australian companies can no longer sit back and wait to change.

Globally, there is widespread agreement that it is time to shift from long-term climate pledges to collective action within the coming decade if the world is to keep global temperatures below 1.5°C.

This will require each organisation to get to grips with their emissions profile, define how they plan to cut direct and indirect emissions across their business and supply chains, and chart a credible pathway to net zero emissions at the earliest opportunity.

At stake is not just rising global temperatures but the need for companies to act now if they wish to remain attractive to investors and competitive as global economies decarbonise.

Even for those Australian companies and industries not directly exposed to export markets, the interconnected nature of global trade and finance means that laggards in the net zero space face a loss of competitive advantage as customers and suppliers realign their supply chains towards a decarbonised future.

There is also the very real danger of falling behind during the crucial early-learning phase of low carbon policy and technological innovation, especially as the goalposts are rapidly shifting and the pace of change increasing.

More fundamentally, corporates that lack a pathway to net zero emissions will miss the chance to determine how to better manage and transform their operations in response to emerging low carbon opportunities. Those that grasp the nettle early will be well placed to build back better, giving them a cutting-edge advantage in a decarbonised future.

The 26th United Nations Climate Change Conference of the Parties (COP26) to be held in Glasgow, Scotland, from 1-12 November 2021 is widely regarded as a definitive line in the sand in the shift to a low carbon future.

More importantly, it will help them reduce the overall cost of meeting their NDCs through voluntary international cooperation and by providing access to a wealth of green lending.

In advance of COP26, public and private sector investors have been shifting their focus and lending priorities towards proactive entities with defined plans to achieve carbon neutrality well ahead of 2050 and stay competitive in a decarbonised world.

Article 6 is expected to lead to the fixed requirement by lenders to screen each investment based on its green credentials. This means projects, companies and initiatives that do not meet the criteria will face rising cost of capital since central banking, investment banking, private finance, asset managers, superannuation and insurance sectors are themselves increasingly being judged on their role in the transition to net zero.

An example of the seriousness with which financial markets are taking climate change is Climate Action 100+, an investor-led initiative which requires the world’s largest corporate greenhouse gas emitters take necessary action on climate change. Climate Action 100+ currently has US$52 trillion in assets managed by the 545 investors participating in the initiative, representing over 80% of global industrial emissions.

According to the Global Commission on the Economy and Climate, bold, early and decisive climate action has the potential to deliver at least US$26 trillion in global economic benefits up to 2030 and to generate over 65 million jobs.

What can companies do?

For many Australian industries and businesses, the investor community’s renewed focus on disclosure, emission reduction and net zero planning will have a profound impact on the way in which listed entities report.

It will become essential to disclose what they are doing to chart a path to net zero, to demonstrate (using quantitative and qualitative metrics) how they plan to get there and to articulate how they expect to remain competitive in a decarbonised world.

The global financial crisis of 2007/8 and the COVID-19 pandemic of 2020/21 were wake-up calls for governments, businesses and society, showing how dramatically priorities can change almost overnight.

Climate change is a far larger disruptor lurking on the sidelines. Australian businesses that have avoided tackling climate risk head-on so far must start doing so as soon as possible if they are to adequately transition, survive and thrive in a net zero future.

What gets measured gets done: best practice in net zero transitioning

Companies that are taking a proactive approach to transitioning to net zero emissions embody the following characteristics.

Australian businesses that aim to either directly or indirectly compete in a net zero future need to be aware of three main drivers that are redefining the thinking around investments and financial backing.

Announcements on governments and companies that are defining their net zero plans have been coming thick and fast in advance of COP26, imposing constraints on Australian exports that have not been planned for.

In recent months, several of Australia’s largest trading partners — China, Japan, the European Union and the US — have defined net zero deadlines and policies that will require the organisations operating within these countries and regions and those trading with them to meet tightening emissions requirements. While Australia has not yet made similar commitments, it is likely that Australia will eventually fall into line with the rest of the world on a net zero commitment and policies to support.

In the meantime, the EU has also announced that it will introduce carbon border adjustments (likely in the form of taxes) to penalise products that originate from countries without credible net zero emissions reduction plans, a step that China, the US and others are expected to take in the coming years.

Australia exported a combined AU$11.7 billion to European Union countries alone in the past financial year. To retain this opportunity, Australian businesses will need to shift focus and articulate their individual net zero plans or risk being sidelined in favour of more proactive exporters from other regions.

Spurred by the G20 Financial Stability Board (FSB) — which recognised in 2015 the systemic risk that climate change posed to global financial market stability — investors have been taking an ever closer look at the companies they are lending to and those companies’ ability to survive and thrive in a low carbon world.

In 2017, the FSB’s Taskforce for Climate-related Financial Disclosures (TCFD) provided guidelines against which companies could voluntarily disclose to shareholders their exposure to material physical and transitional climate-related risks.

With the window closing fast for keeping global warming below 1.5°C, the TCFD recommendations look set to become mandatory, requiring all listed entities globally to disclose how they are tackling climate change in their governance, strategy and risk management processes.

The overarching aim is to chart as orderly a transition to net zero as possible and avoid a sudden, systemic disruption in global financial markets. This means the financial sector is increasingly looking to prioritise companies with clear, demonstrable emissions mitigation and adaptation efforts — and to penalise those without such policies.

For the Australian corporate sector, the need to set goals for carbon neutrality is being driven by a shift in focus within the Australian financial and investment community as well as the broader financial markets.

ESG is now top-of-mind at corporate rating agencies, which are also increasingly looking at the sovereign risk implications of climate change. Public pressure on companies is also stepping up, with implications for products, services, supply chains and brand value. Further scrutiny can be expected in 2021. An added risk is direct litigation challenging perceived failures in directors’ duties around climate risk disclosure. While climate change is as an existential threat, it is also increasingly being seen as an opportunity to create value. Companies that are facing the threat head on by actively reducing emissions across their supply chain and developing plans to prosper in a net zero environment have the potential to create significant value from the transition.

Mitigating exposure to climate risk gives proactive entities a significant first-mover advantage as solutions to a low carbon future scale up and will ultimately reap dividends from an investor, regulatory, consumer and shareholder perspective. The converse is true for those that choose to ignore or downplay the threat.

Similarly, waiting for a definitive policy or set of regulations to guide corporate action is no longer an option. The global signposts for change are clearly defined and the imperative to act will only accelerate as the timeframe in which to avert significant global warming and costly adaptation measures shortens.

With global governments, investors and consumers increasingly prioritising businesses with a clearly defined pathway to net zero emissions, Australian companies can no longer sit back and wait to change.

Are EVs the Solution to Our Energy Market Woes?