My summer consultant internship experience at the L.E.K. Chicago office flew by this past summer. I had never worked in consulting before and the program was a great crash course in how L.E.K. specifically and consulting generally worked. The program kicked off in Cape Cod where the firm hosted the summer interns (both consultants and associates). The week of training allowed all of us to get to know interns from all of the offices and introduced us to key skills that would help us be successful over the course of our internships. It was a fun experience that set the tone for the summer and prepared everyone for what would come later.

Our first day in our home office included a welcome breakfast to meet some of our colleagues, after which we were given our first case assignments. Mine was a growth strategy case working with an enterprise software company, while my fellow interns had cases ranging from PE due diligence in MedTech to Strategy Activation. The case lengths tend to be short at L.E.K., so I was able to see my first case through from start to finish and still had time to assist with another growth strategy case in the Industrials sector. While I worked primarily with colleagues in the Chicago office, I also had team members from the San Francisco office.

L.E.K. provided a great support system, where they assigned me a buddy (a full-time consultant) and a Career Development Coach (a managing director). I was able to discuss my experience and get any help I needed along the way from them. Throughout my internship I felt like I could always reach out to someone if I had trouble or questions about anything. There were also several lunch-and-learns during the internship presented by partners about some of the practices and specialties. The talks were woven throughout the summer which is possible because consultants at L.E.K. spend more time in their home offices and travel less often than is typical in the consulting industry.
One of the things that the consultant role at L.E.K. is known for, and one of the many things that attracted me to L.E.K., is the opportunity to lead and manage a team early on. As a fulltime consultant, you are typically responsible for at least one work stream, working with and managing associates to create the ultimate deliverables for the client. In the summer intern position, you are given the opportunity to ease into this leadership role, shadowing an existing consultant and given work streams to own. During the internship, I was encouraged to lead, but had the support of a great team to guide me along the way.

The Chicago office is fairly social, especially in the summer when the weather is nice. The interns tried to get together on their own most weekends after work for cocktails, the symphony, or rollercoasters. The company also organized a number of ways to interact outside of the office, including small group dinners hosted by partners, a Cubs game outing, a Second City comedy show and an end of summer celebration dinner for the interns. Most of the company-scheduled outings corresponded with a night known as ‘Out by 6’. For the ‘Out by 6’ policy, a manager or consultant on each case works with the team to figure out a night of the week that the team aims to leave the office by 6 pm. In my experience, this was adhered to closely. This policy definitely helps L.E.K. consultants have a little more work-life balance than consultants have by reputation.
Interns are given a lot of responsibility, but L.E.K. does a good job of preparing people for what they will face. I enjoyed how much trust they put in their interns, but also how well L.E.K. equipped me for my role. Overall, I walked away with an internship that both challenged me and helped me clarify what a consulting position with L.E.K. would look like long-term. 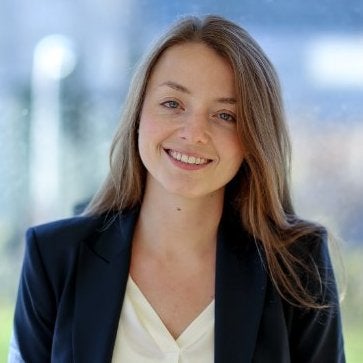 A Day in the Life as an Associate Consultant

Reflecting Upon my Summer Internship at L.E.K.

As I sit at my desk reflecting on my internship, I still can’t believe how fast the summer flew by and how fantastic my internship experience was.

From the Hospital to Consulting: A Less Traveled Path to L.E.K.

October 31, 2018
During my first year at business school, every time I met a former L.E.K.

Prior to my summer at L.E.K. Consulting, I had zero formal consulting experience.

I applied for the L.E.K.