Leveraging your Team to Deliver Your Best Work

Now that it’s been about year since I’ve started at L.E.K., the question that I get asked the most is “Was it what you expected?”

I typically respond with something generic and appropriate, while on the inside laughing (somewhat hysterically) as the truth is – this isn’t really a job that lends itself well to set expectations.

Frankly, the truth is that the past year has been one of the most challenging professional experiences of my career thus far. When you join L.E.K. as a Consultant, you are given tools, a support network and a safety belt to help you navigate the work, but you are also thrust into leadership roles and expected to be a contributing member of the team from the beginning.

It can be quite overwhelming. Tight timelines, demanding clients, and unfamiliar and nuanced subject areas act in concert with one another, facilitating a high-pressure and fast-paced environment where at times it can feel as though the success or failure of the strategy rests on your shoulders.

However, while the pressure and the stress are real, the belief that the entire case rests on your shoulders is not. In fact, the strongest lesson I have learned in my tenure at L.E.K. is how to leverage the team to most effectively deliver the work.

The following are some of my (hard-earned) lessons I have learned thus far:

When you start as a post-MBA consultant, it feels as though what is expected of you has grown exponentially since your pre-MBA days. All of a sudden you are seen as a thought-leader, as well as an executor – needing to not only direct the strategy and the overall vision of the case, but lead the team towards completing the work. While it might take a bit of time to get comfortable working with new teams and leading associates, leveraging their knowledge and skill-set, as well as mentoring them towards developing new abilities, will not only save the team valuable time, but will allow you to focus on other things, which in part will allow the overall case work to be much stronger than it otherwise might have been.

One of the hardest lessons I have learned is how to ask for help. I used to believe that I needed to be extremely self-sufficient, only asking for advice and guidance when there was no other choice. What that fostered was an extremely stressful environment, created completely by my own accord. Instead, had I allowed myself to ask questions and seek clarification, I would’ve avoided a lot of anxiety and saved valuable time.

One of the best pieces of advice I have received so far is also potentially the most obvious – it is OK to make mistakes. While it might seem as though our work is a matter of life or death, the fact of the matter is – it’s not. Very few mistakes will require anything more than a quick conversation to fix the issue. 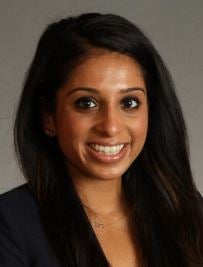 From London to Shanghai – My Swap Experience

My swap to Shanghai was a fantastic experience.

Inspire Inc. is a volunteer organization that provides consulting services to non-profits focused on education and youth development.

I spent the last three months working in the L.E.K.

Opportunities Outside of Casework

A Typical Day as an Associate in L.E.K. Australia