Why is Rail Freight Broken? 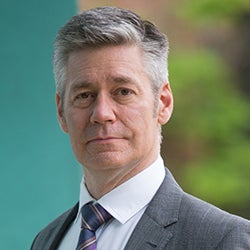 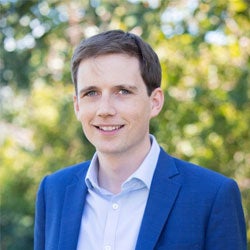 Railways in Europe carry a huge amount of freight every year, keeping millions of trucks off the roads. Rail is the most economical mode for large consignments of heavy goods and long hauls of containerised goods. Rail has widespread policy backing from governments because of lower emissions than road cargo and it has an extensive taxpayer-funded subsidy through lower access charges to use the rail networks. And there are barriers to entry (access to rail paths, strong safety regulations, capital requirements and need for skilled staff, trusted customer relationships) that ought to support profit margins.

But despite all this, rail freight is not thriving. The largest operator, DB Cargo, owned by the German government and extending to 17 countries, depends on very large subsidies to cover reported losses of €481 million in 2021. In France, Fret SNCF reported small profits in 2021 with larger subsidies, after many years of losses. In the UK, which commercialised rail freight a generation ago, the operators made EBIT margins of up to 7% in the 2000s, pretty good for a freight carrier. It has not lasted though, as Freightliner reported losses of £11 million in 2020 while DB Cargo UK reported £18 million in losses in 2021. Even in Switzerland, a very efficient railway nation, the rail freight business is making losses. Such performance eliminates the ability of the sector to invest in service improvements, automation, new lower-weight wagons and other future innovations to get more freight off the roads.

The stark contrast between the targets and aspirations of the industry/EU on the one hand and the actual slump in modal share on the other is shown in Figure 1. Rail freight seems to be stuck. Why is it not thriving?

Efficiency: Many operators, especially the largest ones, are former or current state-owned enterprises that have inherited powerful union influences and other fixed costs that constrain the reform of working practices and automation. These rail freight operators are not gaining in efficiency.

Pathing is a problem, and passenger trains can limit the efficiency of rail freight. For example, during the pandemic, without passenger trains in the way, the eight-hour-long service operating between Daventry in England’s midlands and Mossend in Scotland was reduced by about two hours. One of our clients reported another port-to-power-station flow accelerated from eight hours to just three hours. This is partially a consequence of the lower access charges because they can result in freight being given lower priority and held in sidings or depots until passenger trains have passed, which ultimately reduces freight’s service levels below what shippers expect or need. Getting better paths may require paying more for them, but the gains in customer service would often pay it back.

Focus: Most of the cargo carried on rail could be carried by road, and rail is often the price taker in these flows. A profitable rail freight strategy could leave those to the road and focus on just those long, heavy flows where rail is an advantage. Profitable yes, but not aligned with policy aims and not helping reduce emissions for as long as trucks run on diesel.

High quality customer relationships: Fundamentally though, the freight industry is facing structural changes that are closing in around rail. Large global logistics and shipping players are developing or trying to string together end-to-end service offerings on the basis that the profits lie in owning high quality customer relationships and that the actual haulage or storage services, which are subcontracted behind, are often competed down to survival margins. With taxpayer backing, rail freight’s survival margins are negative.

Rail freight is generally just one leg of a longer journey. Selling this service profitably in a world where the logistics and freight industry is moving towards end-to-end services becomes ever harder. 2021-22 saw a huge wave of more than $100 billion of M&A in the sector. We estimate that around 30% of the larger deals involved consolidation along the value chain, either by introducing an entirely new service offering or considerably strengthening firms’ offering in a market they did not traditionally operate in, as major players are fighting to offer the most comprehensive end-to-end services. Maersk’s acquisitions of B2C Europe and LF Logistics, for example, have significantly expanded its landside e-commerce logistics offering. In addition to the largest corporates, some of the world’s leading sovereign wealth funds are engaged in similar ambitions. The Abu Dhabi Investment Authority, which already has a portfolio of logistics businesses, was part of a consortium that purchased a majority stake in VTG, a rail logistics company.

For rail freight operators to play a profitable role in this new market, they need to be ferociously efficient, smaller and focused on cherry-picked advantaged flows, or part of the consolidator groups that develop high quality customer relationships through end-to-end offerings.