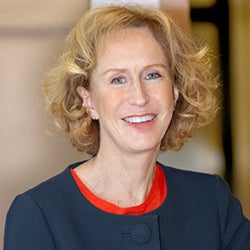 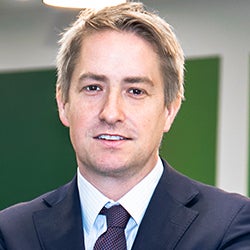 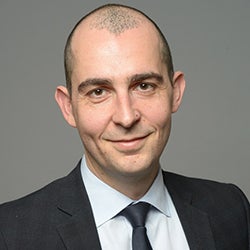 Despite the economic and political turbulence of the past decade, renewable energies have continued to grow and their presence in the energy mix is increasingly important. Most countries in Europe have achieved — or are close to achieving — their initial targets for the E.U.’s 2020 climate and energy package. In the U.S., where shale gas development was once seen as a major hindrance to adoption, renewable energies are thriving.

As a result, renewable energy sources now represent nearly two-thirds of the new electrical capacity installed worldwide each year. This success is largely due to costs decreasing faster than expected — especially in solar and onshore wind — allowing for these technologies to approach grid parity in many parts of the world.

In this Executive Insights, L.E.K. Consulting looks at the four key trends driving the sector and how they will develop in the next few years.

The drive for storage

Most forms of renewable generation (particularly wind and solar) are reliant on intermittent natural energy sources, leading to inconsistent output profiles, risks of system disruption and needs for redundancy.

While different storage technologies exist, the decrease in battery production costs — which are predicted to fall by three-quarters over the next 10 years for some technologies — is a formidable engine for large-scale adoption.

The sizable solar farms that flourish in the United States, India and Australia are natural targets for large-scale storage arrays. South Australia Utility, for example, is considering the development of a 500 MW photovoltaic solar farm combined with 1 GWh of lithium-ion electricity storage.

Because the benefits of mainstream energy storage are long-term, systemwide and reliant on future technology gains (with a level of uncertainty attached), the development of such storage will require public sector support in the same way that renewables generation did 10 years ago. This may include research and development subsidies, broad calls for tenders, and the definition of a fully fledged asset class on the same footing as those for production, transport and distribution.1

The need for energy storage solutions is particularly acute in developing markets, where demand for electricity is growing rapidly, driving long-term decisions on generation mix. In many such markets, considerable wind and solar resources are available, but intermittency makes them impractical to use. This is being addressed in some areas, such as the World Bank Group’s $1 billion “Accelerated Battery Electricity Storage for Development” program, which aims to support battery-powered electricity storage in middle-income and developing countries.

Given their relative complexity as generation sources — intermittent with bidirectional flows, often small scale and grafted onto the weak edges of the grid — the intelligence and responsiveness of renewables’ control and communication systems are another “force multiplier” of their effectiveness. There is considerable potential for improvement in the years ahead.

Renewable energies can make greater use of the economic and technical benefits that big data, advanced analytics and other digital technologies can bring for enhanced competitiveness. For example, thanks to the installation of high-resolution sensors, it is possible to increase the availability of production capacities while also reducing operational costs. This is true throughout the value chain, from land identification, location and construction of modules/turbines to operational farm management (see Figure 1).

Restructuring and consolidation of the competitive landscape

In parallel to the race for size, the renewable energy sector is seeing the entry of players from different backgrounds seeking growth and making a defensive move (e.g., oil and gas majors such as Total, car manufacturers such as Tesla), or claiming a competitive advantage because of certain key skills (e.g., IT companies such as IBM).

The past five years have seen a marked shift in renewable generation contracting toward “over the counter” power purchase agreements, in which developer suppliers agree on a long-term fixed price (10 to 20 years) with government agency/energy company purchasers.

The secured top line revenue, together with falling delivery risk as the technology matures, allows healthy debt finance and a long investment horizon. As a result (and aided by an effective reverse auction model), prices under these contracts have fallen significantly, a factor that could further support sector consolidation in the coming years.

Positioning for growth in a burgeoning sector

As the economics improve and policy pressure expands around the world, renewables will rapidly gain share in the generation mix and investment-grade capital. “Proven”/low-risk generation and system assets with standardized technology will trend to institutional and utility ownership. Storage, grid integration and control systems will remain fast-moving, innovative and higher-risk segments.

To drive the next wave of growth, governments will have to continue underwriting generation and actively support the development of storage and grid support systems. Participants that can blend strong delivery and flexibility, intelligent partnerships/M&A and access to low-cost capital are likely to be the future winners in this sector.

Endnote
1This would make it possible to establish a clear framework specific to energy storage and to identify unjustified double taxation.

Get S.M.A.R.T.: An R&D Strategy for the Industrial Internet of Things

The industrial world is going digital. By 2021, according to Gartner, 25 billion things will be connected to the internet.

When it comes to advanced data science – including machine learning and AI – there’s a perception that energy is lagging behind other industries, like…

The Burgeoning Private-Label Opportunity in Beauty and Personal Care Products

A shift toward private label is underway in the beauty and personal care products category. Spurred by consumer demand for newer, more innovative product…