Preparing the Grid for the Uptake of Electric Vehicles 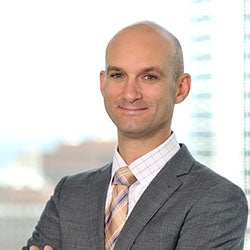 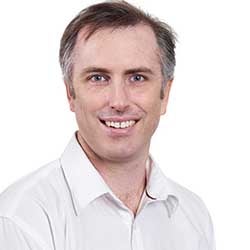 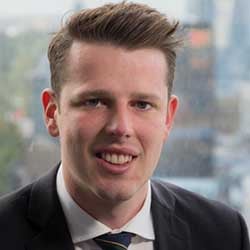 Electric vehicles (EVs)1 are on the cusp of wide-scale adoption. Governments around the world are introducing incentives, targets and tightening fuel regulations. Concurrently, car manufacturers are improving technology, lowering prices and producing more models to give consumers greater choice, making EVs even more attractive for early adopters. Currently, there are more than of 4 million EVs globally. This number is expected to grow rapidly to 50 million by 2025 and 125 million by 2030.2

As the demand for EVs increases, so will the requirement for charging infrastructure. Although early adopters have tended to charge at home, as EVs become more prevalent, there will be a need for a greater volume and variety of available charging options, as shown in Figure 1, especially for those who do not have access to charging in the home or workplace. The International Energy Agency estimates that by 2030 the number of public and private charging stations required globally will exceed 130 million units, which is close to 30 times the current stock.

This level of growth provides an unprecedented opportunity for network owners, operators and energy retailers. EVs are one of the few growth drivers for many developed energy markets, and they may enable utility companies to build closer customer relationships.

However, EVs also come with a number of challenges, namely the increased peak demand at a localized level, increased network management complexity and power quality impacts.

This report explores why utilities need to start responding now and describes a five-step action plan for responding to this impending change. Impact on the energy grid

The growing demand for energy from EVs is likely to affect the grid in three ways: (i) increased overall consumption, (ii) increased peak demand and (iii) greater unpredictability. Of these, the most important is the impact on peak demand and how this is managed, particularly at a localized level.

The expected increase in overall energy demand is relatively modest in the short to medium term. In 2017, the estimated electricity demand from all EVs was 54TWh, equating to just 0.3% of global electricity demand. With 125 million EVs anticipated to be on the road in 2030, assuming a similar level of battery energy efficiency as today, the overall EV share of energy demand increases to 6.3% in 2030. Even though by 2030 every fifth vehicle sold globally is likely to be electric, the car parc (total vehicle population) takes approximately 15 years to churn over. A country that has a 20% EV share of new car sales in any given year will only benefit from a corresponding change of 1.3% of the overall car parc. At full EV penetration the impact will be significant, but this is not expected for a considerable time.3

What is more impactful is the expected increase in peak demand, particularly at a localized level (see Figure 2). Statistics of sales of EVs to date have shown there is a "clustering" effect, where some suburbs, streets and locations have a higher proportion of EV ownership.4 This is likely to persist into the future with back-to-base charging locations for shared and/or autonomous vehicles and a greater number of road-side banks of high-powered charging infrastructure. Clusters of EVs have the potential to overload local electricity infrastructure, especially the feeder lines (i.e., the poles and wires down the street).

If utilities are not proactive in managing or incentivizing residential charging in lower-demand times, localized peak demand will increase. Owning an EV will increase a household’s electricity consumption by about 50%.5 If multiple houses on a single street decide to charge simultaneously, there may be insufficient capacity in the feeder lines to deliver the required level of power. The timing of this scenario eventuating will vary and could take longer in regions where the cost economics and acceptance of EVs are less than internal combustion engine vehicles.

High-power charging may be more manageable for network operators. High-power chargers, providing up to 350kw each, are typically installed as a group of chargers. While these groups of high-power chargers equate to very large (1MW+) connections, the charger owners will deploy the appropriate infrastructure adjacent to the charging equipment at the time of installation. The large, high-power chargers and their associated equipment will be connected into the medium-voltage-level grid, which has a much higher power level typically used for commercial and industrial connections that can better accommodate nonlinear, large power demands.

From a systemwide perspective, the impact on peak demand is expected to be less pronounced than it is at the local level. EV owners will likely have varied charging patterns, which ultimately averages out the peakiness. For example, some owners will top up charge every day at work or at home overnight, others will fully charge at fast-charging stations, and fleet owners of shared and autonomous vehicles are likely to charge back at base using high-powered charging during the day or slow charging overnight.

Putting these various load curves together, for example in Australia, if the car parc consisted of 50% EVs, the overall increase in peak demand could be c.15%, as shown in Figure 3, if charging times are not managed. Given the expected pace of adoption, this will take time to eventuate, allowing grid owners to prepare for the impending change. Consequently, EV charging has the potential to reduce grid predictability and increase network management complexity. Network owners need to be prepared to manage local grid impacts regarding both power quality and any increased asset stress.

Charging has an element of randomness, and drivers will recharge their vehicles at different locations and for varying lengths of time whenever required. This unpredictability creates nonlinear power demand, and coupled with increasing distributed power generation (e.g., solar PVs), the local-level network has never been more challenging to manage.7

Nonlinear and unpredictable load demands of EV charging, if unmanaged, can increase the risk of stress on localized network areas, especially on aging infrastructure. This could decrease asset lifetimes and increase replacement rates of assets and consumables such as transformers, fuses and cabling.8

There are several opportunities for utilities if they are able to proactively manage and mitigate the above grid impacts:

Utilities need to be proactive in planning for a future scenario of significant EV adoption, especially in a world where spending capex on additional infrastructure at the cost of the consumer is no longer a palatable response. If utilities are not prepared and this transition is not managed effectively, they could become a barrier to scale EV adoption. Figure 4 summarizes what can be done in response:

The transition to EVs presents challenges but also significant opportunities for utilities organizations, but only if they define and execute their participation strategies ahead of the upcoming EV revolution.

Energy & Environment
Electric vehicles (EVs) are on the cusp of wide-scale adoption. Governments around the world are introducing incentives, targets and tightening fuel regulations.