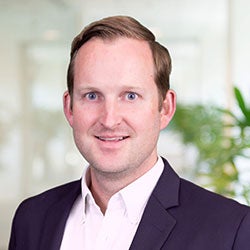 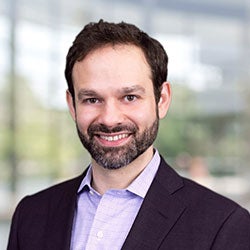 Over the past 25 years, Medicare Advantage (MA) has consistently penetrated the Medicare marketplace. While its penetration growth has been notably measured in the past 10 years, rising just 1.5 percentage points annually, L.E.K. Consulting doesn’t expect it to stop anytime soon. In fact, our proprietary county-level projection model shows that as seniors seek to secure better management of their care but pay less, Medicare Advantage penetration will continue to rise — to as high as 70%.

When we published our first Executive Insights in this series in 2017, the Trump administration was still in its first year and the future of the ACA was a topic of frequent debate. Today, the status and long-term structure of healthcare reform remain in flux, but Medicare Advantage enrollment is still growing ― and with largely bipartisan support. As recently as March 2019, a group of U.S. senators sent a letter to Seema Verma, administrator of the Centers for Medicare & Medicaid Services (CMS), commending the Trump administration for the actions it had taken to support Medicare Advantage and noting that the program is “anticipated to continue its steady growth, with enrollment projected to reach 38 million, accounting for ~50% of those eligible, by 2025.”

In light of the ever-changing healthcare landscape and the central position Medicare Advantage growth has taken for many national payers, we thought it would be a good time to update our forecast. To that end, we have taken into account Medicare Advantage enrollment figures that were released in February 2019 and revised our projections through 2025 and beyond.

Since 2017, Medicare Advantage has benefited from several new (or enhanced) tailwinds that we expect to drive the program toward 70% penetration, including the following:

Medicare Cost plans are generally a popular option for seniors due to their flexibility; but after the removal of Minnesota’s offering in 66 of the state’s 87 counties, 320,000 seniors were forced to enroll in a new form of Medicare by 2019. Of this group required to move from Medicare Cost plans, approximately two-thirds immediately enrolled in MA plans for 2019, a higher enrollment rate than national MA penetration averages. Despite the one-time impact of Minnesota’s switch to more traditional Medicare Advantage plans, however, we believe Minnesota enrollment will normalize going forward as enrollees are expected to elect, and stick with, Medicare Advantage.

Medicare Advantage is one of the rare products in the U.S. healthcare system that not only satisfies the “triple aim” of healthcare improvement — that is, improving the experience of care and the health of populations while at the same time reducing per capita healthcare costs — but also appeals to the self-interests of three very powerful constituents that have been driving its march forward: consumers, health plans and the government. Much of the growth in Medicare Advantage penetration will come from Original Medicare, which could decrease more than 20 points, from 40% penetration to 10%-20% (see Figure 2).

Seniors with Original Medicare will presumably find their 20% coinsurance responsibility more burdensome as their healthcare costs continue to rise. According to CMS, overall healthcare costs will increase by approximately 5.6% a year through 2027, while Medicare costs are forecasted to grow at a rate of 7.5% a year.

Meanwhile, age-related conditions will likely convince seniors and soon-to-be seniors that they need the degree of care management Medicare Advantage plans provide. The number of seniors with multiple chronic conditions rose by approximately 8 percentage points from 2000 to 2010, according to the Centers for Disease Control and Prevention. Meanwhile, United Health Foundation notes that the population about to turn 65 is 7 percentage points more likely to be obese and 6 percentage points more likely to have diabetes than those who turned 65 in 1999.

According to a proprietary study we conducted at L.E.K., Medicare Advantage would be the best plan option for approximately 20% of seniors who end up defaulting to Original Medicare. Such seniors are typically worried about their health but aren’t proactive about seeking related plan information, and so aren’t making a conscious (never mind well-informed) decision to remain in Original Medicare. That means they are likely to respond positively to outreach and guidance around choosing Medicare Advantage. Over the past 20 years, enrollment in Medicare Advantage plans has grown at a slow but steady pace (see Figure 3). After factoring in enrollment and penetration rates over the past two years, we still expect Medicare Advantage to reach up to 70% penetration sometime between 2030 and 2040.

We base our forecast on a number of factors, among them the fact that not only have several urban and rural counties already achieved a Medicare Advantage penetration rate of 55%-65%, but also their penetration rates continue to grow in 14 of the top 20 counties (see Figure 5). And starting on January 1, 2020, a provision in the Medicare Access and CHIP Reauthorization Act will ban Medicare Supplement insurers from selling any Medicare Supplement policy that covers the annual Medicare Part B deductible (i.e., first-dollar coverage) to new Medicare enrollees. The change will impact the current Medicare Supplement choice favorites, Plan F and Plan C. Both changes could lead more seniors to choose a Medicare Advantage plan.

Dual eligibles, a segment where Medicare Advantage penetration has historically lagged, is also currently making up for lost time.

“Dual eligibles” is a term used to encompass Medicare beneficiaries who also receive Medicaid assistance. Medicare Advantage penetration of dual eligibles, which represents roughly 20% of Medicare eligibles, has lagged behind Medicare Advantage penetration of seniors due to a lack of coordinated state offerings and managed care. However, states are moving aggressively to manage the cost of this high-needs population. Dual Eligible Special Needs Plans (D-SNPs), which comprise the vast majority of special needs plans (SNPs), have been growing at more than 10% per year, outpacing overall Medicare Advantage enrollment growth. And large managed care organizations have indicated they expect to see continued growth in the SNP market. For example:

Other large payers are likely to look toward SNPs, given the potential they offer for high profitability, plan design flexibility and year-round enrollment opportunity. We expect to see continued strong growth within SNPs in the coming years as they get more sophisticated when it comes to managing these complex patient populations.

While we remain bullish on the emerging value proposition of Medicare Advantage as the highest-value product choice for a majority of seniors in the current environment, there are at least two regulatory uncertainties that could meaningfully impact the outlook for Medicare Advantage enrollment and penetration and that we monitor closely; proposals for “Medicare for All” and CMS’ recently announced Primary Cares Initiative.

CMS’ new Primary Cares Initiative will also be interesting to track to determine its impact on Medicare Advantage enrollment. While it is a voluntary program, CMS projects that as many as 25% of Original Medicare beneficiaries could be incorporated into the five-year program. Similar to Medicare for All proposals, if the Primary Cares Initiative focuses entirely on enabling providers to take on risk, it might increase the degree of care management within Original Medicare and thereby diminish the incentives to join a Medicare Advantage plan. On the other hand, if CMS enables a provider group or Medicare Advantage plan to take on responsibility for the total cost of care for all Medicare beneficiaries in a specific geographic region, it could dramatically expand Medicare Advantage enrollment.

As we noted in the first Executive Insights in this series, Medicare Advantage penetration has grown at a slow but steady pace over the past 25 years. As seniors increasingly eschew Original Medicare in favor of lower payments, enhanced care management and more cost certainty, with encouragement from both health plans and, albeit indirectly, the government, we expect that growth to continue — to 47% penetration by 2025 and, eventually, up to as high as 70%.

Payers will therefore need to take aggressive action to grow market share of their Medicare Advantage offering. That could include expanding into new counties, investing in targeted sales to age-ins, and designing new products to attract new members and keep them healthy. Meanwhile, providers that have so far elected not to participate in Medicare Advantage will need to reconsider their stance and figure out a way to win in the new operating environment. As for investors, they should be looking for vendors that are set up to support Medicare Advantage’s continued growth (and their own profitability) by offering payers superior care management, member engagement, sales and marketing, and other capabilities.

Sooner or later, Medicare Advantage will become the predominant Medicare product offering. The time to prepare for the changing of the guard is now.

Healthcare Services
Over the past 25 years, Medicare Advantage (MA) has consistently penetrated the Medicare marketplace. While its penetration growth has been notably measured in the past 10 years, rising just 1.5 percentage points annually,

Looking Ahead in Diagnostics and Research Tools: Key Trends Impacting the Industry