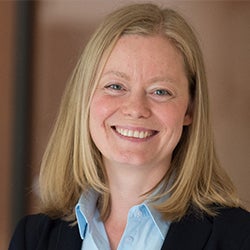 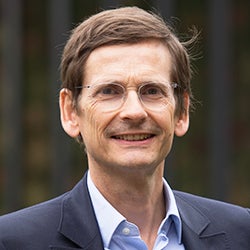 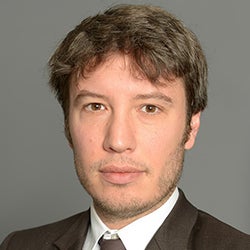 Historically, the French dental care market has lacked the investment potential of its counterparts in many other European countries. But demographic trends combined with new legal changes to dental care reimbursement mean that the market in France is expected to be worth €13 billion by 2023.1

Coupled with a change of legislation regarding dental practice ownership, this means the market may soon be open to increased levels of investment, especially by private equity companies and corporations with experience building dental groups in Europe’s more mature dental markets, such as in the U.K., Netherlands and Spain (with clinic groups having c. 20%, 10% and 10% of market share, respectively).

There has been limited small-scale investment in recent years, which can be explained by the fact that French regulations are viewed as highly restrictive, but consolidation of dental practices is expected in the near future as investors recognize the potential ahead and are assisted in their understanding of French regulations.

This Executive Insights unpacks the dynamics of France’s dental healthcare market for investors interested in examining this emerging opportunity.

While France’s spending per capita on dental care has not yet reached the level of similar countries (see Figure 1), dental care in France is growing.

There are a number of volume drivers behind this growth.

First, France’s population is growing at 0.4% a year. More significantly, the over-60 age group is expanding at a faster annual rate of 1.8%. An aging population typically requires more varied and complex dental treatments, such as removable prostheses, crowns and implants.

Second, dental spend in France was previously funded through a combination of social security (government funding), private insurance and direct payment by patients. Social security covered approximately 70% of preventive and regular surgical dental care, such as checkups, fillings and extractions, but provided no coverage for crowns, bridges and other prostheses, cosmetics, and orthodontics for those older than 16.

The government’s new “100% Santé” legislation, to be fully implemented by the end of 2021, is set to significantly increase the range of treatments covered by social care. A ramp-up in prevention coverage will include an investment of €108 million to extend free annual checkups for people up to 24 years old. Nearly half (46%) of prosthetic treatments will be fully covered by social security, with a further quarter requiring relatively modest patient payment at prices capped by the government.

The proportion of French people seeing a dentist at least annually has been on the rise in recent years, but it is expected to jump to about 70% of the population by 2023 (see Figure 2), largely because of “100% Santé.”

While the net effect of the new legislation is likely to lead to a decline in dental revenue from prosthetics due to the introduction of regulated tariffs on most prosthetic care (including crowns, bridges and removable prostheses),2 government reimbursement for preventive and regular care is expected to increase in the region of 20%-30%. It is also expected that there will be no impact on cosmetic care or orthodontics.

Overall, the blended effect on dental income is set to be negligible.

New regulation: A driver for consolidation

The corporate French dental practice landscape is highly fragmented compared with other developed economies. It has about 20,000 dental practices, as hitherto dentists preferred to set up their own businesses, and clinic groups hold less than c. 1% market share (see Figure 3).3 Furthermore, French regulations — particularly those concerning dental care and corporate ownership — are highly restrictive in comparison with other E.U. countries (see Figure 4).

But new regulation is expected to be a driver of corporate investment in dental practices in France — in health center associations and through standard corporate models — and the development of dental groups.

Traditionally, health center associations were not allowed to be profitable. This changed with the new regulation introduced in January 2018 — although it is worth noting that profits are not permitted to be distributed. Investors have invested in companies generating returns through nonclinical revenue (such as charging health centers for rent, equipment leasing, information technology services and support staff) and through leveraging economies of scale, although such an allocation of revenues can be challenged (see A Legal Perspective, by Winston & Strawn).

In the standard corporate scenario, dental practices must be owned by dentists and, therefore, can be sold to only them, but acquisition and consolidation of dental practices is possible for investors as long as a dentist holds the majority stake (50.01%) in each individual practice underneath the corporate umbrella. This offers investors the option of greater ownership and control of both clinical and nonclinical revenue streams than what is done via the association model. Onboarding new stakeholder dentists is key to guarding against collective action by individual practice owners.

While full revenue ownership is not possible with either investment option and both are relatively complicated to set up, the recent regulation of medical testing laboratories in France provides a proxy for how investors in either dental model can position themselves for success.

Some small-scale consolidation has started to take place. The number of dental practices has declined by about 0.5% per year since 2012 and, while independent dentists still represent about 90% of the total pool, salaried practitioners as part of corporate entities are gaining share as dentists look to benefit from combining infrastructure and equipment costs. In France, Dentego and DentiFree, both founded in 2013, are the largest corporations with 24 and 13 clinics, respectively (see Figure 5).

But these are small groups compared with the leaders in the U.K., one of Europe’s most consolidated dental healthcare markets, where groups of hundreds of dental practices exist. With the U.K. and France having very similar populations, this alludes to the potential opportunity for investors in France.

L.E.K. Consulting’s survey of French dentists also indicates the market’s potential for investment. Sixty percent of dentists expect practice sales volumes to increase in the next three years (see  Figure 6), and one in five said they would sell to a corporate group.

This is a high proportion given the nascent nature of the corporate market in France, and it can be expected to increase as corporations expand their presence in the country.

Dentists and patients could benefit in many ways from corporate investors entering the French dental market and building groups of dental surgeries. Consolidation of dental practices enables the scale benefits of large investments in dental equipment, which will mean lower total costs for dentists. This will also help dentists provide patients with better service (e.g., opening times, multidisciplinary approaches) at a lower cost for non-reimbursed treatments.

France’s dental market is on the way to becoming less fragmented, composed of large practices comprising more than three dentists each. As demand drivers are mostly on the rising curve, the main issue will be on the side of supply, at least until 2026 when the “numerus clausus”4 finally ceases (see Figure 7).

The investment potential of French dental care appears to be growing, as private equity companies and sector corporations appreciate the gains to be made from the newly opening market. The success of investors in other European markets provides a proxy for the potential of the French dental market, and early movers in France have the chance to generate substantial competitive advantage while consolidating in accordance with French regulations.

Endnote:
1Source: L.E.K. analysis
2In the long term, nearly half (46%) of dental prostheses will be fully reimbursed (in the RAC0* basket) and a quarter of the prostheses will benefit from a “moderate RAC”* through capped prices. The other treatment (29%) prices will remain at prices set freely by dentists. *Rest at charge, the amount of money that the patient has to pay after reimbursement of social security and private insurance; RAC0 meaning nothing to pay.
3Source: DRESS and Xerfi
4Numerus clausus = the French cap for the number of graduated dentists within a year due to the cost of training.

Hospitals of Tomorrow: The Digital Transformation of Hospitals in Europe

While in the US, hospitals appear to have embraced the digital revolution (driven by incentives during the Obama administration), Central European…

The revolutionary impact of artificial intelligence (AI) on global healthcare could be felt in as little as the next five years.

The Nutrigenetics Opportunity: Poised for Growth

As genetic testing has emerged as one of the fastest-growing areas of consumer healthcare, sales of direct-to-consumer (DTC) solutions from companies like…

Keeping a Pulse on Providers: Supplier Success in the Next Dedcade

US healthcare providers are continuing to stratify into segments with distinct priorities and needs, requiring suppliers to evolve their commercial…

Managing Healthcare Costs in the Shadow of Upheaval

L.E.K.’s Wiley Bell gives a sweeping overview of the competing forces at work in a $4 trillion healthcare landscape.