New Brands, Big Brands and the Battle for Consumer Spending 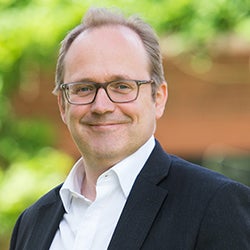 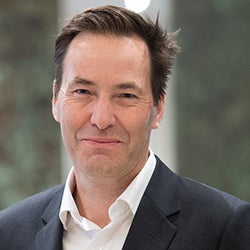 For decades since the “Mad Men” era of the 1960s, big brands have dominated consumer goods. Large advertising budgets and benign terms with retailers have left smaller competitors unable to challenge market leaders for product awareness and sales.

Yet consumers are showing signs of increasingly promiscuous shopping habits. Millennials especially, born between 1980 and 2000, are using technology and online advice to secure the best deals. Internet-based distribution channels and new marketing models are becoming crucial in the fast-moving consumer goods (FMCG) sector.

These changes mean small brands are beginning to punch above their weight, and there is a growing perception that they pose a serious threat to the existing order. How are they doing this, and what can the big brands do to defend themselves?

Analysts are increasingly voicing concerns about the performance and sustainability of the top FMCG brands. Research by Catalina, a retail and digital marketing agency, compared changes in loyalty to packaged consumer goods between 2010 and 2011, finding that 55% of customers remained loyal to big brands across the two years. But when 2014 was compared with 2015, loyalty had slipped to 45% (see Figure 1).

Indeed, in North America, small brands now account for the largest proportion of growth in FMCG sales at 47%, with large brands representing 29% and medium brands 24%.

The pivotal factor in the growth of the small brands has been the internet and social media. As online services and mobile apps have proliferated in the past two decades, online channels have become increasingly important — both in distribution and marketing.

Yet while online retail offers consumers convenient ways to shop — and shop around — social media platforms have also become crucial tools for promoting products and engaging customers, and not only among tech-savvy millennials. Facebook influences 52% of purchases, both on- and offline, according to a survey of e-commerce in 17 countries by digital marketing agency DigitasLBi.

Most importantly, social media engagement can be achieved regardless of brand size and market position. Where FMCG brands once relied on expensive aisle space to reach customers, smaller brands have proved highly effective at building online relationships with customers, often attracting social media followers out of proportion to sales figures.

Neutrogena, for example, a global cosmetics and skincare brand founded in 1930, has almost 5 million followers on Facebook. Too Faced Cosmetics, launched as recently as 1998 and with a fraction of Neutrogena’s revenues, has already amassed 2.9 million followers (see Figure 2).

There is no doubt that these developments present significant challenges for big FMCG brands. Yet there is also reason to believe that big brands can remain successful — if they are correctly managed. Though small brands are making headway, many believe that the level of intrusion is limited. Scaling, for instance, remains a significant challenge for many small businesses.

The overall strategy is about coming to life in the hearts and minds of consumers. By doing so, big brands can continue to compete with smaller rivals and prove that they still have plenty to offer.

Buy Online, Pick Up In-Store: The Post-COVID-19 Opportunity in Retail

As retailers look beyond COVID-19, one type of shopping experience will continue to offer significant opportunities: buy online, pick up in-store (BOPIS).

Should Rental Be a Part of Your Apparel Brand’s DTC Strategy?

In this Executive Insights, we share what the data tells us about market demand and the economics of apparel rental.

This is the first installment of The Great Reopening and Priority Reset Series, which reflects the results of a recurring consumer pulse survey. The…

Plastic packaging is particularly prominent given its role in everyday life, and despite a brief period when COVID-19-related concerns placed hygiene…

Priority Reset: Post-COVID-19 Changes in Consumer Behaviors Are Around for the Long Haul

In an April pulse survey, we asked U.S. consumers what they expect to spend their time and money on once the outbreak is contained. Edition 1, Part 1 of…