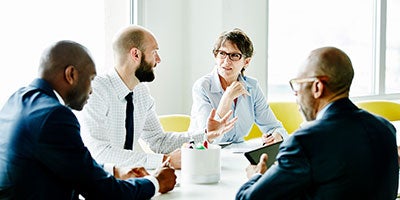 Building strong teams and providing structure and guidance for your organization are crucial to a successful merger. Read the best practices to implement an effective integration strategy.
Read more
Volume XXIV, Issue 36 | August 15, 2022 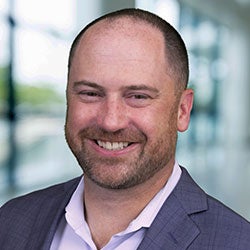 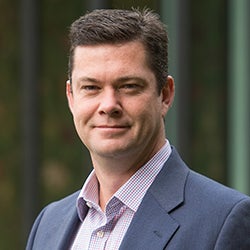 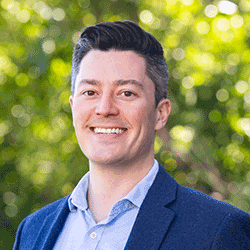 Underlying nearly every acquisition is the objective to achieve synergies — the idea that 1+1 can be greater than 2. Realizing those synergies can take significant effort and is generally a core focus of post-merger integration. It begins with the upfront work done to identify synergy opportunities and then ultimately connects those estimates to actionable plans.

Synergy estimates made during diligence are almost always based on imperfect information. As a result, they are often significantly over- or under-stated. This can leave leaders in the combined business feeling like they are already several steps behind right out of the gate. A robust integration process can help address this issue and ensure that the full synergy potential of the deal is realized and reflected in the bottom line.

As early as possible after the integration program begins, we recommend assigning each synergy to both an individual owner and a workstream. The reason this is so important is that some synergies have cross-functional implications; without a clear “home,” it can be too easy for managers to avoid taking responsibility for challenging targets.

Once assigned, the synergy owners can start the process of investigating, analyzing and refining the synergy estimates. They identify gaps in information and create clear initiatives, or action items, that detail how each synergy will be converted from a theoretical target into tangible financial results.

Include the synergy owners in the process as early as possible

Sometimes, the synergy targets that go into deal models can be constructed only at a high level. Due to deal sensitivity, executive leaders or outside advisors are forced to come up with high-level estimates for these targets based on experience, benchmarks or even gut instinct. Being the eventual owner of such synergy targets can be extremely frustrating. Too often, synergy owners struggle to find the rationale or analysis that was used during diligence to determine the synergy estimate and then waste valuable time and effort trying to re-create or re-justify why assumptions might be right or wrong.

We therefore stress the importance of bringing eventual owners into the synergy estimation process as early as possible. Not only will this help with buy-in, but also the synergy owners will better understand what information and assumptions will need to be tested and refined. This speeds the process of rationalizing estimates at later stages of the integration. It also means the most knowledgeable experts will be evaluating value creation potential from the beginning. Of course, this can create opportunities for sandbagging on the part of synergy owners, but a strong diligence leader can continually help pressure test and push to maximize targets.

Establish a process for evaluating and approving synergy realization plans

As the integration program starts, the integration management office (IMO) needs to create a process by which the refined estimates and plans for realizing them will be approved. The supporting analysis should be robust enough to give as much confidence as possible to senior leadership in the anticipated impact. Furthermore, the synergy realization workplan needs to include an adequate means of tracking progress.

We advocate a simple stage-gate approach to clarify where each synergy initiative is tracked and monitored, using a sign-off process validated by the IMO. The IMO allows initiatives to progress through the pipeline only when they have satisfied the thresholds for robustness of assumptions, analysis and planning. Figure 1 illustrates our synergy pipeline.

Set up a synergy portfolio and set stretch goals

The reality is, not all synergies will be achievable as originally planned. For instance, some of the early assumptions about which locations might be combined or how many midlevel managers can be rationalized will prove incorrect. It is not uncommon for 10%-20% of synergy estimates made during diligence to ultimately be unachievable. For instance, one L.E.K. client assumed that an old factory could be shuttered and production moved into the excess capacity at a target’s facility, only to find that the new facility wouldn’t accommodate the specifications of the equipment from the older building.

Using a portfolio approach to manage all synergies can help combat this risk. Risk-ranking synergies and applying an expected-value lens help align what is targeted with what is realistic. The IMO needs to continually update its portfolio with enough synergy opportunities to meet the promised targets.

We also recommend that the IMO set stretch goals for the teams. We typically see these as 25%-40% above the targets that have been communicated to investors or external stakeholders. Because individual synergies are more likely to deliver below expectations than above expectations, erring on the side of over-delivery is essential.

The framework of the IMO structure, as well as the synergy pipeline, can be used to create visibility into the synergy realization process. The governance cadence of the IMO lends itself well to the project management aspects of tracking and monitoring the synergy portfolio. Once the integration workplan is established, key dates and milestones will help dictate action steps for each synergy. These milestones will be adjusted based on when teams are expected to have access to the information and resources required to refine synergy estimates and plans.

Similarly, the synergy pipeline can create immediate visibility into the overall progress of the synergy realization program (see Figure 2 for an example). We like to manage to targets that involve a percentage of overall synergy dollars that are part of a synergy that has cleared certain stage-gate thresholds in the Synergy Initiative Pipeline (Figure 1). For instance, by two months post-close, 70% of synergy targets are at Level 3 or higher, meaning we have robust workplans and validated analyses for how each synergy will be achieved. This approach ensures clear targets for the IMO and the workstream teams, but also provides enough leeway to accommodate unforeseen challenges or issues.

Value of synergies by workstream by pipeline level Value of synergies by workstream by pipeline level

If fear of missing synergy targets or deadlines is the proverbial “stick” that drives action, a potential “carrot” to consider is linking part of management or workstream owner incentives to the achievement of synergy targets. Incentives could be a formal part of a manager’s management by objective (MBO) targets for the year, or they could take the form of a one-off award for management teams able to realize challenging synergies. The structure of incentives will depend on the importance of the acquisition relative to other business objectives throughout the year. It may also need to change in situations where realizing synergy outcomes requires a multiyear effort. Nevertheless, creating clear alignment between manager objectives and overall program objectives can be an effective tool for ensuring that synergy estimates are fully realized.

Recommended reading (the first three articles in our series on post-merger integration):