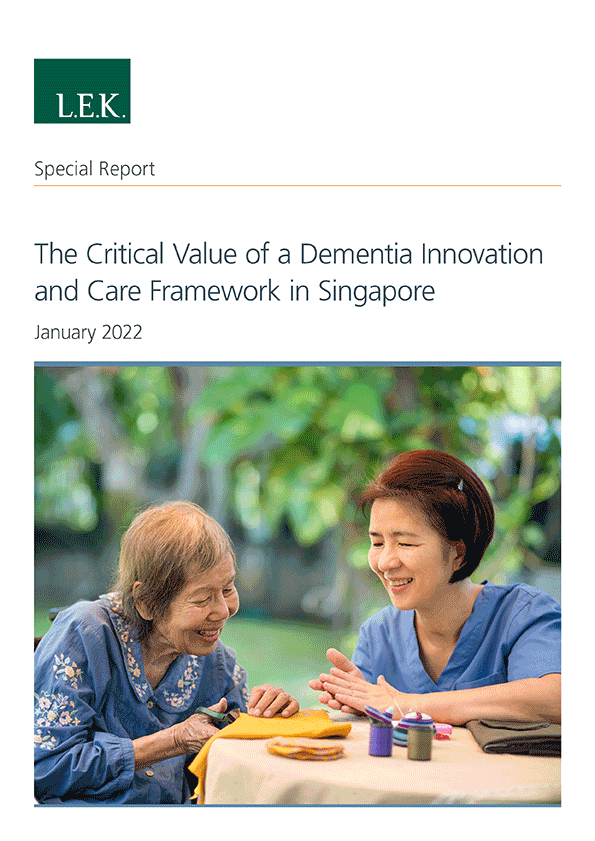 A perfect storm is coming: an exponential rise in dementia cases that appears inescapable in the absence of significant scientific breakthroughs in early diagnosis and treatment as well as the lack of a coordinated worldwide response.

Dementia is already a global public health challenge. Around 50 million people currently live with it, and approximately 152 million are estimated to be affected by 2050. Dementia is the seventh leading cause of death globally, and the second amongst high-income countries. The estimated annual cost of dementia in 2020 was over US$1 trillion globally, a financial burden that will double by the end of this decade. Reports indicate that rapidly ageing populations and cardiovascular risk factors such as diabetes, hypertension, and obesity are largely to blame. The financial and social costs will be devastating for healthcare and social care systems, with just the societal cost of dementia reaching the equivalent of billions of dollars annually in Singapore alone.

Singapore stands to be particularly impacted by this global trend due to its ageing population — the biggest risk factor for diseases such as Alzheimer’s. Although Singapore has built the foundation of a world-class dementia innovation and management ecosystem and is a pioneer in healthcare system preparedness, greater development as well as coordination of the country’s nascent dementia research efforts is essential. Singapore’s dementia innovation ecosystem could be improved through closer attention to issues of funding, data integration, and support for the clinical development of drugs (through both cohorts and clinical trials support/partnerships).

In this special report, we examine the gaps between what exists now and what is required — the looming societal burden as well as the human cost of dementia. The report will also detail the urgent need for a concerted global response — along with Singapore’s potential to play a more prominent role in defeating this disease. Furthermore, we critically assess Singapore’s dementia research innovation and care framework as a potential path towards ameliorating the impending healthcare crisis, and we present an initial road map for dementia research funding and innovation.

How Better Clinicians are Leading to Better Patient Care