Before Jumping Into the Hydrogen Economy, Know the Pitfalls

Investors and business leaders need to separate hype from reality 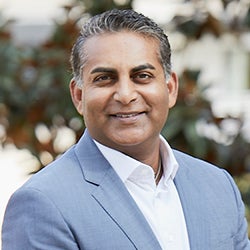 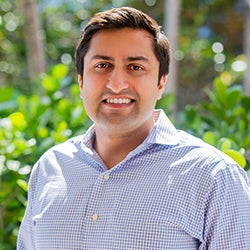 The hydrogen economy is arriving — some believe sooner than expected.

As a result of increasing interest in cleaner alternatives to conventional fuels, hydrogen has emerged as a promising option. Hydrogen offers ways to decarbonize a range of industry sectors, including but not limited to long-haul transport, refining and petrochemicals, power generation, steel production, and heating. Hydrogen can also help in achieving ambitious government carbon dioxide (CO2) reduction and air quality goals while at the same time strengthening energy security, particularly in countries with limited access to conventional fossil fuel sources.

For investors, the hydrogen economy offers a range of opportunities — from extraction to distribution to end use in multiple industries and applications. But each of those points in the value chain is complex, and there are many pitfalls. Investors considering hydrogen-economy investments should prepare to look before leaping — to research and understand in depth the risks, barriers and time-to-realization of each investment target (see Figure 1).

How hydrogen is extracted determines how ‘green,’ practical and cost-effective it will be

The hydrogen economy is broadly attractive, but there are immediate challenges to hydrogen adoption. As of today, over 95% of the hydrogen used for industrial applications is extracted from natural gas, a process that, despite its relative economic advantages, represents a substantial threat to the environment given its high level of associated CO2 emission. This extraction method is known as the “black” (or “gray”) hydrogen path. It has been used for several decades, but now, there are increasing calls for its replacement.

More environmentally friendly extraction methods are on the way. Recent evolutions include carbon capture and storage (CCS) technology to help minimize CO2 emissions and make hydrogen production cleaner. This “blue” path is a good alternative from the economic and environmental standpoint, but still does not resolve the issue of high dependence on fossil fuel sources.

More recently, the increasing establishment of renewable infrastructure has triggered interest in the development of more “green” hydrogen extraction alternatives. These produce hydrogen from water via electrolysis, with zero associated emissions. The key challenge is to make this process economically viable at large scale. But given the obvious benefits of this green path, most investors are focusing on it, primarily by developing electrolyzer technology. But energy efficiency and cost-effectiveness remain the two major challenges that green hydrogen must overcome.

The complexities do not end with extraction. Distribution and storage present their own array of challenges (see Figure 2). Once extracted, hydrogen exists in a gaseous or liquid state. Neither is easy to distribute or store. On the distribution side, logistical improvements that drive reduction in transmission and distribution cost are expected to be the most important ways to increase the cost competitiveness of hydrogen relative to other renewable energy sources. Scale factors point to the evolution of distribution hubs. In terms of storage, the two most mature solutions are liquid hydrogen, which must be maintained at extremely low temperatures, or compressed gaseous hydrogen. The cost of these storage methods and the energy density that can be stored by each method present scale-limiting drawbacks. Research continues into alternative methods, including solid-state storage and liquid organic hydrogen carrier (LOHC) technology.

In addition to the challenges in production, distribution and storage, the world also needs to develop end markets in order to economically insert hydrogen as an active player in the energy mix (see Figure 3). Hydrogen is in use today to refine petroleum and produce fertilizer as well as in niche applications such as powering forklifts. But future applications are being envisioned to be more far-reaching. Among the emerging applications are long-haul commercial transportation, industrial processes, commercial and residential power generation, and energy storage. Transportation is the main application target, once challenges with reliability, economics and the time to maturation are met.

The challenge for investors and businesses fearing a missed hydrogen opportunity: separate the hype from the reality

Those who want to take advantage of the emerging opportunity and business leaders who plan to participate through partnerships or acquisitions should proceed with caution. The hydrogen value chain has many elements and there are many points of entry (see Figure 4). Most critically, the time horizon for commercial realization varies widely by region and by the maturity of the local hydrogen infrastructure.

It’s essential to understand the specifics of each value chain application — the cost and carbon impact of production, the logistics of hydrogen delivery, the timeline for the introduction and full realization of each hydrogen use case, and the local government’s plan to facilitate its development. Only then may hydrogen be fit into a company’s investment strategy, operations or integrated resource plan.

Examples of these policies include Australia’s Clean Energy Finance Corp. (CEFC) announcement that it will provide incentives for transportation end-use investments, as well as the “Hydrogen Global” initiative promoted by the World Energy Council and backed by multiple countries, corporations and institutions in order to support energy decarbonization programs. In addition to Australia, other relevant countries/regions promoting a higher use of hydrogen include Europe (led by France, Germany and Norway), China, Japan, Russia and the Middle East (led by the United Arab Emirates).

In developing your own strategy for hydrogen participation, and in considering specific investments, ask these questions:

1. What are the emerging hydrogen technologies and initiatives currently in development? In the search for attractive investment opportunities in the hydrogen sector, investors must first understand the technology landscape of current and emerging solutions in development along the hydrogen value chain, including production and conversion (e.g., green hydrogen, electrolysis, biomass conversion), storage and transportation/distribution (e.g., stations, networks), and end-use applications (e.g., transport and mobility, industrial feedstock).

2. What are the key enablers to commerciality, and over what period of time will they be realized? The wide gap between hydrogen technologies in a conceptual phase and actual solutions currently being implemented in the field makes the question of commerciality highly sensitive for investors. While looking at the options, investors must develop a deep understanding of the technology maturity life cycle, the commercial viability (e.g., upfront investment, operating costs, scalability) in current versus future adoption conditions, the technical viability (e.g., technology readiness, appropriateness in addressing stakeholder needs and innovativeness) and the strategic advantages of hydrogen technologies versus alternative solutions (e.g., efficiency, density, footprint, maintenance, life span).

3. Which companies are positioned to benefit from those technologies? How does the investment scenario and timeline for technologies impact individual companies? What are the implications for feasibility, cost and time to market? Which companies are in the lead today, and which are building a capabilities system enabling a sustainable competitive advantage?

4. How should investors and companies think about portfolio fit and synergies? Finally, players must look into their own portfolios and carefully assess the potential fit of hydrogen technologies and companies in their mix, considering not only financial and commercial elements but also the feasibility of leveraging current capabilities and relationships that can potentially drive opportunities and risks for their respective integrated businesses.

With those answers in hand, investors and strategic participants can proceed to develop fully informed strategies for the emerging hydrogen economy. Make no mistake — hydrogen is an extremely promising and remarkably versatile energy source. It has the potential to be truly transformative and to open the door to a greener future. But as we’ve only described briefly, there are many complexities, and the risks and barriers can easily trap the impulsive or ill-informed. Knowing the issues and the pitfalls is an essential step toward investments and ventures that will ultimately deliver on the hydrogen promise.

COVID-19’s impact is first and foremost a humanitarian crisis that has thrown us into uncharted territory.

Sustainability: An Evolving Boardroom Priority for 2021

Sustainability has rapidly risen up the corporate agenda and is now an area of critical importance for executives, investors and boards.

We recently held an in-depth conversation about sustainability’s impact on the auto industry with three leaders in L.E.K. Consulting’s Automotive practice…

COVID-19 and the Digital Call to Action for Industrial Companies

As in other sectors, COVID-19 has brought a sharper focus to a host of key challenges and digital solution areas for industrial firms