A2J4077-EI-Quantum-Computing-KT_9.pdf
Key takeaways
How to Unlock the Value of Data in Your Business 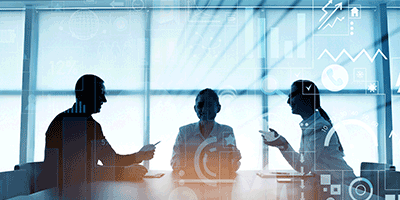 Businesses today are collecting ever increasing amounts of data but are not extracting its full value. Many professionals struggle with problematic data structures, capability shortfalls and a lack of strategy.
View event
Volume XXIV, Issue 01 | January 5, 2022 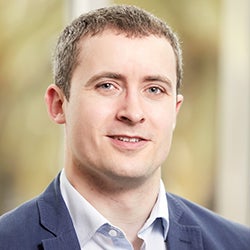 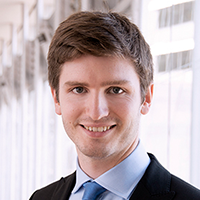 Google’s announcement of the advent of ‘quantum supremacy’ in late 2019 catapulted quantum computing from the academic realm with its uncertain implications into something far more tangible.

Given the technology’s potential to massively parallelise existing computing and thereby reduce calculation times a trillion-fold, hugely speeding up existing solutions while enabling answers to previously unsolvable problems, the value to the global economy of quantum computing is incalculable.

Today, competition is high amongst technologies vying to crack the difficulties that have held progress back in recent years, and companies have more access than ever to rent time on quantum computers (such as AWS Braket). Companies also are increasingly entering into partnerships with the hopes of capitalising on first-mover advantage, as with DP World’s exploration of an opportunity for quantum computing to help optimise its shipping operations.

So is this the latest in a series of false dawns for a technology that seems to be perpetually 10-20 years away? Or does it truly represent a new revolution in business technology, akin to the introduction of computing or the recent rise of data science? And if the technology is coming, what are its implications on the day-to-day activities of different businesses?

As with any emerging technology whose activities remain largely in the academic sphere, developing answers to these questions can seem impossible to those without considerable background in cutting-edge science. In these circumstances many executives, especially those whose business activities are unlikely to be disrupted first, can be forgiven for adopting a ‘wait and see’ policy.

However, this would be a mistake. In fact, for the majority of business leaders, identifying whether your business needs to be a pioneer, an early adopter, a mature adopter or a bystander can be achieved on the basis of existing activities. Furthermore, the impact of quantum computing at different stages of maturity on these different categories can be characterised in advance.

What impact can quantum computing have on my business?

These benefits mean the businesses that will see the highest impact from quantum computing are those for which complex simulations or optimisation problems form a critical part of their core activities, such as:

Whether in pharma, aerospace, tech, or any other sector, businesses affected by quantum coupling will need to move quickly once it becomes commercially feasible — or risk being overtaken by competitors who unlock its value sooner. Businesses without simulations or optimisation problems at their core, on the other hand, can afford to wait.

The question of impact on a particular business can therefore be answered by most business leaders by thinking critically about the importance of optimisation, simulation and encryption to regular business activities — and the answer will define the appropriate stance to take. We characterise the potential stances into four: pioneers, early adopters, mature adopters and bystanders. The right response for today, depending on these stances, is outlined in Figure 1.

Where is quantum computing today?

With the first question answered, business leaders now need to consider the second, which — thankfully — does not require a PhD in order to make an informed judgement.

The same physical properties which allow for enormous benefits in parallel computing of quantum computers compared to digital computers come at a cost. Quantum systems are highly unstable, meaning that:

Addressing these two challenges continues to represent the critical path for engineers and computing experts in developing a quantum computer that is commercially viable.

Since the first two-qubit computer was created in 1998, investment in quantum computing has continued to grow (see Figure 2). The most obvious outcome from this has been exponential growth in the number of (logic) qubits achieved in computers (see Figure 3).

Quantum computers are getting more powerful

Quantum computers are getting more powerful

Achieving high numbers of qubits is one of the most important steps in developing a viable quantum computer, particularly as it allows for greater error-checking in calculations. But other important — though perhaps less well known — developments continue across both hardware and software, aimed at improving the stability and quality of quantum calculations, and the ease of human interface with quantum computers. These include the first silicon quantum logic gate in 2015 as well as emerging standards for quantum programming languages.

It is the combination of sustained qubit growth and continued development of the technology that Google is banking on, promising a commercially 'useful, error-corrected quantum computer' within the decade.

Our analysis of the emergence of analogous technologies — including the growth in digital computing, the internet and data science — indicates four broad stages to technological adoption in and across businesses: the academic, the specialist, the in-house and the universal (see ‘Technological evolution’). Today, digital computing has reached the universal stage, whereby computers are used by everyone in their day-to-day activities; meanwhile, data science has reached the in-house stage, whereby most large businesses have developed their own internal data science capabilities, but its direct use by the general workforce is limited, with most usage coming indirectly (e.g. via AI-enabled apps).

Quantum computing is still in the academic stage today, as indicated by searches for ‘quantum computing’ that result in traffic predominantly towards news sites, compared to searches for ‘data science’, which lead to educational sites offering courses and training (see Figure 4 and Figure 5). However, a combination of continued technological improvement and substantial increases in investment — with billions in November 2021 alone — are driving it towards the specialist stage.

Following the historical path of previous technological advances, we can expect the initial emergence of commercially viable quantum computers to lead to specialist applications for those businesses where optimisation, simulation or encryption are most critical. Following this, hardware and software standards will be developed, enabling common technology ‘stacks’ to emerge, and creating defined professional paths for quantum computing experts to contribute within businesses, or in-house. As quantum computing becomes a common element of more and more business practices, the incentive to increase its availability and ease of use for the entire workforce will grow, until it becomes a universally adopted technology.

Conclusion: How to respond to quantum computing

Quantum computing advances clearly have the potential to disrupt many different industries in potentially significant ways. Yet rather than resort to inaction (due to its technical complexity) or knee-jerk responses (due to media hype at its potential impact), business leaders can and should take an informed, measured approach to address the future opportunity. As is the case with many potential disruptions, good self-knowledge — alongside a critical and objective assessment of which business activities are most likely to be affected — will ensure that businesses are well prepared to benefit from (instead of simply react to) the associated changes in computer technology (see Figure 6). By accepting that quantum computing is currently in the academic stage, and by knowing what to look out for in judging when it moves to the specialist stage and beyond, business leaders should feel equipped to know when to act and what to look out for.

Do Semiconductors Add to the Growing Data Privacy Problem?