The Potential for Advanced Air Mobility Beyond the Congestion Use Case 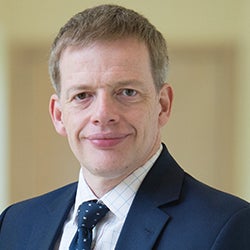 Electric vertical take-off and landing (eVTOL) original equipment manufacturers (OEMs) are making strong projections about the future growth potential and market size of the advanced air mobility (AAM) industry. Joby projects that the mature global market for AAM will exceed US$1 trillion, with the US alone accounting for US$500 billion. Archer and Lilium estimate AAM will be worth over US$1.5 trillion globally in 2040. By comparison, the value of the global aviation market for passenger and freight services was just c. US$960 billion in 2018.

To meet these expectations, the industry needs to move beyond the commonly touted use case of ‘beating congestion’ in urban settings. Solving congestion is important and is a growing challenge for many cities. However, the AAM industry has much more potential, across a wide variety of use cases.

This Executive Insights explores how eVTOLs could transform the future transport landscape, looking at how much eVTOLs could displace existing surface transport modes, their role in freight and logistics, and why the aviation industry should be paying attention.

Expanding the reach of traditional aviation

AAM could complement and enhance the existing aviation network by providing better connections to airports from key metropolitan locations. Airlines have already started to strategically invest in eVTOLs to extend their control over the passenger journey by offering a better end-to-end experience and capturing additional value. For example, United Airlines plans to shuttle passengers to and from its major airport hubs and has placed a conditional order for US$1 billion of Archer’s aircraft, with an option to buy an additional US$500 million. American Airlines and Virgin Atlantic also recently pre-ordered 250 and 150 vehicles, respectively, from Vertical Aerospace.

eVTOLs could also ease airports’ ground access congestion, enabling a far better passenger experience and fast and reliable connections to and from the airport.

In the early years of eVTOL adoption, when pricing is around US$4/mile, they are likely to be more attractive for airport connections to business class and other affluent travellers. In 2019, 12% of the world’s c. 4.5 billion air travellers flew business class. Assuming eVTOL travel was limited to business travellers in the early stages of going to market, if the average fee charged for the ongoing eVTOL passenger connection service was $75, we estimate the global market size of the segment would be at least $40 billion.

Furthermore, eVTOLs could also become a credible alternative for very short-haul routes, for example Tallinn to Helsinki in Finland, a route flown by Finnair that otherwise takes a four-hour ferry or eight-hour car journey, or Brisbane to the Gold Coast in Australia, which is a one-hour-plus car ride.

At launch, eVTOLs are expected to be at least 50% cheaper to operate than helicopters on a per kilometre basis.1 As AAM matures and operating costs decrease, eVTOLs will become even more competitive with helicopters. Over time, AAM has the potential to take most, if not all, market share from short and mid-range distance helicopters, potentially accelerating the changeover of existing helicopter stock.

Freight and logistics have the potential to be early use cases of AAM, ahead of passenger transport. Major logistics companies are starting to make significant investments in this space, such as DB Shenker’s collaboration with Volocopter and Amazon Climate Pledge Fund’s investment in Beta Technologies. UPS ordered 10 eVTOLs in April 2021 (with an option to increase its order to 150) to replace slower ground transport and small feeder aircraft, which fly on aviation fuel and require airports for take-off and landing. The aircraft are intended to carry time-sensitive parcels between UPS’s internal distribution hubs, removing the need to use airports for regional deliveries, and to strengthen their same-day and next-day capabilities.

The opportunity for eVTOLs is likely to focus on B2B applications such as moving critical inventory around a business’s distribution network. As shown in Figure 1, this might allow for consolidation of inventory, reduction of warehouse space and a decrease in stock-out costs. More streamlined, responsive logistics could enable significant downsizing of retail stores by reducing the amount of stock needed on shelves. This could generate savings from lower leasing costs as well as reduce the cost of carrying higher levels of inventory.

It is important to note eVTOLs have natural limitations in transporting freight and are unlikely to be a realistic solution for all B2C deliveries due to their size and landing requirements. Fifty-five per cent of ecommerce customer parcels are under 1 kilogram, with 85% being less than 5 kilograms. This payload is far more aligned to the capability of smaller drones (Wing’s drone can carry up to 1.2 kilograms and Amazon’s, up to 2.25 kilograms). Similarly, smaller drones have far greater flexibility to land in almost any location (pending regulatory approval).

Whilst eVTOLs will likely be strategically important in facilitating B2B freight, they will still be more expensive than utilising a traditional light commercial van, especially once autonomous road transport becomes a reality. The global express and parcel market is worth c. US$460 billion in 2021 and growing. If consumers continue to demand same-day package deliveries and are willing to pay a premium for fast, zero-emissions delivery, eVTOLs could take a material share of this market. AAM could eventually capture around 30% of the B2B express post/same-day delivery market in the next 15-20 years. Exact market share will depend on the configuration of distribution networks and the comparable cost of road-based delivery mechanisms. Greater uptake can be expected where low-cost last-mile connection options can interface easily and cost-effectively with eVTOL deliveries.

Passenger travel is a key use case for many eVTOL companies because the new technology has clear advantages over existing surface transport modes. Travelling by air is faster, avoids congestion, has the potential to achieve zero emissions and provides more direct, point-to-point connections.

The leading vehicle designs under development can be broadly categorised into two distinct segments — urban and regional transport.

Urban movements would typically utilise eVTOLs with a range of under 50 kilometres and are the most relatable use case. For example, a potential application of Volocopter’s ‘VoloCity’ eVTOL is the central London to Heathrow Airport journey, which it expects it could complete in under 15 minutes, as opposed to the one-hour journey by road or train.

At the other end of the scale, Lilium is designing longer-range aircraft to facilitate passenger movements to regional locations (c. 100-300 kilometres). Lilium estimates it could provide journeys between Palo Alto and Lake Tahoe in under an hour, compared to the c. four- hour trip by car.

Although AAM can offer significant time savings over road transport for most trips over 30 minutes, especially when traffic is congested, AAM is very unlikely to displace public transport due to its significantly greater costs per passenger; eVTOLs have a much lower carrying capacity — most are expected to transport around one to four passengers at launch.

Figure 2 shows how the cost of an eVTOL journey compares against other modes on a per pax basis. This compares each journey on a 15 kilometre basis. Note that the costs below could be lower for eVTOLs on a per trip basis, given that they can fly direct (as the crow flies) rather than be limited to a circuitous surface infrastructure route.

However, the existing transportation system will be a critical enabler for AAM. Seamless public transport connections to vertiports will enable cost-effective and low carbon intensive first- and last-mile journeys. Hubs like major railway stations, bus and tram interchanges, and airports will make ideal future vertiport locations.

eVTOLs are likely to compete with taxis and ride shares at launch. They will continue to become more cost competitive as the industry matures and operating costs decrease with scale, increased passenger loads and remote piloting by c. 2040. If the AAM industry can deliver a price point that is cost competitive with taxis and ride share, L.E.K. estimates it could take a very significant chunk (up to 50%) of the future market for journeys greater than 15 kilometres by 2040 in a non-autonomous future. In 2025, the US taxi and ride hailing market is projected to be c. US$75 billion, whilst the global market is estimated to be worth c. US$400 billion.

There will also be private car journeys that could be better served by eVTOL — for example, downtown Los Angeles to Santa Monica. Archer estimates this 45-minute car ride will take just eight minutes by eVTOL.2 To enable full market penetration, a seamless integrated customer journey will be necessary. Reducing interchange times at vertiports will be key to minimising transfer delays from an end-to-end eVTOL journey.

Lastly, AAM offers the potential for governments to develop high-speed transport connections to regional areas at a relatively lower cost than other fixed infrastructure options. For example, Lilium estimates the construction of a vertiport can be completed for as little as c. US$10 million-$20 million with eVTOLs costing c. US$4 million per vehicle. This means an entire vertiport network of 20 sites could be constructed for US$200 million-$400 million. A fleet of around 200 eVTOLs could service in excess of two million pax journeys a year. This could offer significantly greater connectivity compared with high-speed rail, which, for the same budget, would result in just 7 kilometres of new rail if built in California.

The possible applications of AAM are far-reaching. Beyond passenger and freight transport there are a variety of other beneficial use cases: medical transport for both patients and critical supplies; offshore rig supply and agricultural crop protection; emergency services use for search and rescue and firefighting; and military and civil defence applications such as bushfire management and post-disaster assistance.

Many of these use cases will be key to the successful launch and longevity of AAM. They will provide the ‘social licence’ to expand across cities and allay misconceptions of the safety of eVTOL for large scale passenger transport.

Whilst the ‘sky is the limit’, the key unknown is how long it will take to reach full market potential. There are still several hurdles to clear along the way. Those include certification, infrastructure, a seamless customer journey, safe integration into airspace, and winning the social licence to operate.

This emerging air transportation system for passengers and cargo in urban and regional locations is supported by new airborne technology such as eVTOL aircraft.
It is a more broad-reaching term than the more commonly used term, urban air mobility (UAM), which is focused on operations within an urban environment.

A type of aircraft that takes off and lands vertically using electric or hybrid-electric propulsion.
eVTOLs are similar to helicopters but are quieter and produce less emissions. They typically come in three major formats: multirotor, tilt-rotor, and lift and cruise.

Logistics – 5 Areas of Increased Uncertainty Since the Lockdowns

Inflation Inflated: Part 1 and 2 – The Consumer and Business Outlook