The Need for Speed: Why Online Flash Sellers Must Rethink Their Business Models 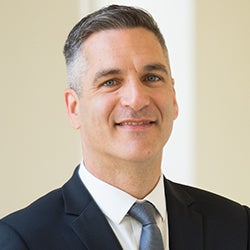 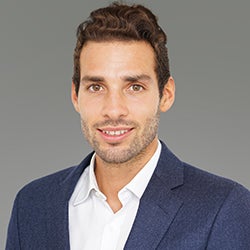 France’s online flash sales industry is one of the most developed in the world, worth between €2 billion and €2.2 billion.1 Its emergence in the mid-2000s provided a new, cost-effective solution for consumer brands that needed to quickly dispose of excess inventory.

Flash sales also benefit consumers by providing huge discounts, typically around 70%, and this value combination led to the industry’s rapid expansion in Western Europe, by 9%-12% annually from 2010, to reach somewhere between €3.5 billion and €4 billion in 2019.2 A high rate of growth is expected to continue, but the industry is not without its challenges. EBITDA margins have dropped from as high as 8%-12% a decade ago to 2%-6% now, and some companies are collapsing under the pressure — BrandAlley, for instance, went into receivership in September 2019.

In this Executive Insights, L.E.K. Consulting examines some of the hurdles for online flash sellers and provides the key points to consider as sellers reexamine their business models and fight to remain competitive in this evolving environment.

While continued market growth is expected, the margins enjoyed by historic flash sellers are increasingly under pressure. Veepee, for instance, has seen its EBITDA margin slip from 12.4% in 2008 to 6.3% in 2017, while Chinese player Vip.com’s margin has dropped from 4.2% in 2013 to 2.9% in 2018. This margin decline can be attributed to four key challenges: rising consumer standards, the prevalence of discounts, intensifying competition and the increasing cost of acquiring members.

Flash sellers offer consumers enormous discounts, but many customers are not prepared for the ensuing slow delivery — typically three to four weeks for most products. As consumers grow used to rapid shipping from Amazon and other popular web companies, many expect flash sellers to deliver their products in a matter of days, not weeks — and for a minimal fee. Customer surveys reflect this demand; delivery times and fees are consistently ranked in the top three criteria for choosing an online retailer, and 67% of people in France expect same-day delivery,3 a figure in line with other European countries.

Flash sales companies no longer own the concept of big discounts in the way they once did. Consumers now have many more options, both online and offline. In France, a growing number of retailers have presales events to extend the regulated discount period of traditional sales. Similarly, major events like Black Friday have gained a strong foothold.

The market has become increasingly competitive as the number of new players continues to rise. Multiple smaller, more nimble specialists with revenues of €50 million to €100 million are threatening the market share of generalist early movers. These include Beauté Privée (beauty products), launched in 2007 and acquired by Showroomprivé in 2019; Private Sport Shop (sports) in 2011; Bebeboutik (kids) in 2012; Brico Privé (DIY) in 2012; Mon Animal Privé (pets) in 2015; and Homme Privé (men’s lifestyle) in 2018.

Leading flash sales companies have invested heavily to build their membership, and for many this has proven to be a successful approach. Veepee (which used to rely heavily on word-of-mouth and sponsorship) and Showroomprivé report that they have 72 million and 28 million members, respectively, across Europe.4 However, it is getting harder to attract large numbers of new members, and with paid traffic becoming the new standard, the cost of acquisition is going up.

How should flash sellers respond?

Flash sellers can pursue several strategies to overcome these challenges. An analysis of the conversion funnel (see Figure 1) highlights the need to reduce delivery times and fees, the two most important deterrents on sellers’ conversion rates. Compared with the rate for traditional online retailers, the conversion rate of flash sellers significantly drops at the cart confirmation stage, when customers see the order delivery date and the cost for the first time. Other levers include optimizing pricing and marketing, and leveraging the marketplace model.

The historical delivery model is based on the flash seller ordering a product from the brand after the sales event is complete (typically sales events last one week), receiving it one to two weeks later, and then dispatching it to customers. This is why customers sometimes must wait up to four weeks for their product.

How it works: The first major lever is for the flash seller to use predictive modeling to accurately forecast quantities sold during the sale, either by using the quantities sold in the first hours of the sale, or through historical data from past events. The second lever is to reduce the time before goods are received at the flash seller’s warehouse, by negotiating better delivery terms with the brand.

Impact on delivery time: Delivery time decreases because the flash seller does not wait until the end of the sale before ordering the stock. Improved contract terms can reduce delivery times by a further two to three days.

Consequences: Live ordering is a major focus of brand/flash seller reconciliation, with data exchange today being concentrated during ordering and at the end of the sale. Robust data analytics and investment in a cloud infrastructure are essential.

How it works: The flash seller buys inventory from the brand ahead of its sales events, thus carrying the risk of unsold goods.

Impact on delivery time: Delivery time can be reduced to a handful of days because the flash seller starts its sale when the inventory is in its warehouse.

Consequences: Flash sellers can improve their discount  negotiating  power with brands because of the increased risk and working capital they face. These better discounts can then be passed on to customers, or the flash seller can retain the margin to cover the risk. Firm purchase inventories are generally sold in two or three sales, with progressively steeper discounts; the first accounts for at least 60% of the total revenue, and the second for 20%-30%.The flash seller also has to streamline its logistics processes to ensure that inventory is quickly received and shipped to customers. This can require significant investment, particularly in storage space, so offshoring is a key consideration to manage costs — although offshoring creates additional delivery-time challenges.

How it works: The brand ships products to the flash seller’s customers from its own warehouse or store.

Impact on delivery time: Delivery from the brand to the end customer usually takes slightly longer than if the flash seller manages the shipment directly. Logistics has not been a core competence of brands, and despite the increase in direct-to-consumer sales, some brands still do not have the capability for fast deliveries.

Consequences: The flash seller’s role is reduced to being a marketing and financial transaction platform because it does not handle the product, and consequently the seller can lose up to one-third of its margin. The loss of control, including delivery and packaging quality, can also have a negative impact on the flash seller’s brand proposition. To optimize this model, sellers must balance improved sales volume from faster delivery with reduced gross margin.

How it works: The brand makes inventory available in the flash seller’s warehouse, but none is bought by the flash seller ahead of its sales event. The seller buys only what is sold and returns any remaining stock.

Impact on delivery time: As with the firm purchase model, delivery time can be reduced to a handful of days, because the flash seller commences the sales event as soon as the product is in its warehouse and ships to customers straight after purchase.

Consequences: This model is beneficial for the flash seller’s working capital because the seller pays the brand only for the products sold, but the seller does need significant storage capacity, which may require capital investment. However, brands do not receive payment for the inventory supplied until the end of the sale, and many do not favor this approach.

About half of all flash sales are now derived from these newer models: around one-quarter from the firm purchase model and the same proportion from the other alternatives combined.

Customers, however, do not expect to receive all product types quickly, and sellers should be careful not to expend unnecessary effort and investment working to reduce the delivery time of such product categories (see Figure 2). Ultimately, online flash sellers must decide on the model — or model combination — that best fits their willingness to invest, their own internal capabilities and the product categories to prioritize.

Thanks to new analytics tools, flash sellers can differentiate their pricing between showcase and long-tail products. To attract new customers with compelling discounts on selected products, sellers should use scraping tools to identify the right price for the most competitive offers. For long-tail products, flash sellers should switch to value pricing, generating additional margin improvements as they leverage historical transactions data and predictive modeling to set the ideal price. This shift in pricing strategy requires investment in the ability to analyze data from multiple sources, such as product types, transactions, customer navigation and CRM systems.

Another reason why flash sellers tend to have a lower conversion rate than traditional e-commerce sites is their relatively high number of “sleepers” — members who do not place orders. Provided the flash seller can identify the preferences of sleepers who do not have a track record of purchase (for instance, by using their navigation history), personalized email newsletters and online display should activate more members and generate increased sales. To succeed at this level of personalization, sellers need to improve the collection and integration of users’ data.

Finally, several pure-play flash sellers, such as Private Sport Shop, Veepee and Brico Privé, have diversified by offering a permanent shop to monetize their existing traffic, thus generating additional revenue all year long by distributing complementary products faster. But this strategy puts sellers into direct competition with Amazon and other well-established global platforms that already offer market-leading delivery times and fees, thanks to their scale and experience. Flash sellers need to work hard to develop equally effective logistics models if they are to build sustainable revenue streams.

The French flash selling market is set for further growth, but it has become less profitable than it was, reflecting a much tougher environment for the industry than when it was first established. Business models have evolved, and flash sellers need to continue to adapt if they are to remain relevant. To compete with the established online retailers more effectively, and to future-proof their business, sellers should act now and conduct in-depth strategic reviews into the effectiveness of their business models — or risk falling behind.

COVID-19 in the US: Consumer Insights for Businesses — Edition 2, Part 2

Further analysis reveals that this reduction in spend is driven by significant cancellation rates: between 80% and 100% of consumers who had travel plans…

Fitness-minded consumers are turning to at-home fitness to maintain a healthy and active lifestyle during the COVID-19 pandemic.

COVID-19 will continue to impact the business model, consumer demand and supply chains that are central to direct selling companies.

Healthy and natural — two words whose importance is growing fast in the food and beverage (F&B) market.