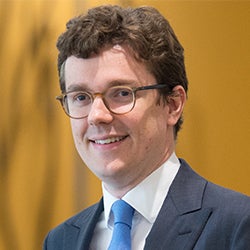 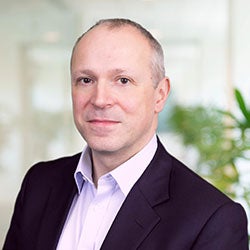 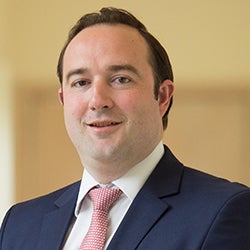 The European medical devices sector is in a period of significant transformation. In response to a number of high-profile product failures that have affected thousands of people, and to raise standards across the sector, the E.U. has stepped up its regulation.

As a result, the European industry is on the brink of a significant shake-up that poses multiple challenges for device companies looking to achieve compliance. Certification bodies also face their own specific set of issues in meeting new, higher standards.

This Executive Insights outlines the new regulatory environment, the impact of medical devices regulation (MDR), and the opportunities ahead for medical device companies that use this moment of market discontinuity to streamline their product portfolios. For the unprepared, the potential challenges are equally significant.

The European market and regulatory change

Valued at €110bn in 2017, the European market for medical devices represents around 30% of the global industry; the U.S., the market leader, accounts for about 42%. There are over 27,000 medtech companies in Europe, 95% of which have revenues of less than €50m, and about half a million product types or stock keeping units (SKUs).1

Since the 1990s, the regulation of the industry in Europe has seen limited evolution. As a result, European standards for medical devices have lagged those implemented in the U.S., where the FDA updated the regulatory framework in 2002, 2007 and 2012. The difference in regulatory regimes is highlighted by the fact that U.S. patients are given access to many devices only after those products have seen wide-scale in-man “testing” through their market availability in Europe.

The impact of the E.U.’s relatively weak regulation is also seen in product defects in Europe over the past two decades (though it should be noted that regulation does not eliminate errors and there continue to be device failures from U.S. and other non-European companies).2 The global breast implant crisis involving French company Poly Implant Prothèse (PIP) was one of the most high-profile examples of the failure of this approach in Europe. In 2000, PIP was accused of using industrial-grade silicone instead of the medical-grade specified by the E.U. for the manufacture of breast implants in Europe. An estimated 300,000 women across 65 countries were affected. The European Commission reported that as well as damaging the confidence of patients, consumers and healthcare professionals in the safety of medical devices, “the incident … highlighted weaknesses in the legal system.”3

In large part due to these device scandals, the European Commission proposed new regulations in 2012 for medical devices and for in vitro diagnostics devices. The MDR text was voted on in April 2017 and will be fully implemented across the E.U. by May 2020. The process is intended to represent a manageable transition to the new environment through 2025 (see Figure 1). The E.U.’s new regulatory framework will have a major impact on the industry

The increased product quality and improved post-marketing monitoring of incidents should help reduce safety risks and litigation costs associated with faulty devices, which can have a material impact on companies; in some cases, device defects have proved to be terminal for the manufacturer — PIP was liquidated in 2010 following its breast implant scandal.

However, in being forced by the new regulation to up its game, the European medical devices market is set to see significant change (see Figure 2 and below): Since the announcement of the regulatory changes, the number of notified bodies in Europe has declined significantly as smaller ones have struggled to meet the new requirements. In the five years to the end of 2018, the number dropped by 25%, to 59, and only 34 notified bodies (see Figure 3) have applied to keep operating under the new rules. The reduced number of bodies may also have the unintended consequence of increasing the approval time for medical devices.

The industry itself considers the challenges of MDR considerable, and the European MedTech Association wrote an open letter on the subject to the European Commission on April 15, 2019. The letter expressed the body’s grave concerns about the readiness of the industry, particularly with regard to the designation and capacity of notified bodies, saying that “without immediate action by the European Commission, the new regulatory system will not be ready on time to ensure continued access of patients and healthcare systems to life-saving and life-transforming devices.”6

The new regulation will require medical device companies to make some strategic decisions. They will need to streamline their innovation pipeline and R&D processes in response to the increased cost of compliance and longer product certification time. In short, they will need to make bigger, better-prepared bets. Those that do so effectively will have the opportunity to take share from those that do not. In addition, the lack of grandfathering of certification for existing products means they need to review current marketed portfolios and, potentially, seize the opportunity to migrate customers off older, lower-volume products by not seeking recertification. Indeed, one CEO (Gido Karges of Straub Medical AG) has said that German and Swiss authorities expect 50% of all medical devices either to be discontinued or to be labeled as substandard7 for marketing under MDR. If managed correctly, MDR represents a one-off chance for companies to streamline portfolios and lose their tail products.

A challenge to the European innovation model?

As a result of increased development costs linked to MDR, the European market is set to see a significant decline in the number of product launches, by as much as 30%, according to one estimate.8

This means that companies will need to profoundly rethink R&D, performing more rigorous market assessments to screen and pick new projects earlier in their development. This in turn will require companies to strengthen their feedback loops between product marketing and R&D, aligning new development programs more closely to areas of unmet need.

The new regulation provides market participants with the opportunity to rethink their innovation and business strategies in four key ways:

To prepare themselves for the significant change coming to their market, medical device companies operating in Europe should urgently undertake some critical actions, including:

In 10 years’ time, the European medical devices market will have changed dramatically as a result of MDR implementation. Management teams should already be well into a period of process implementation to comply with MDR, and they should grasp the opportunity to strategically refresh their business.

MedTech
The European medical devices sector is in a period of significant transformation. In response to a number of high-profile product failures that have affected thousands of people, and to raise standards across the sector, the E.U. has stepped up its