The Runway for Investment in Insurtech 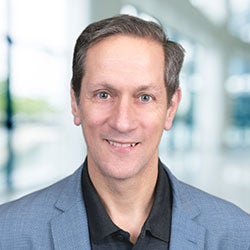 Innovative technologies are driving a fundamental evolution of the insurance industry. With digital underpinning a sea change in the market overall, a myriad of digital players have begun creating insurance-specific products and services. The proliferation of so-called insurtech companies — technology-enabled solution providers that modernize and streamline the insurance industry — has, in turn, created an unprecedented investment opportunity for both financial sponsors and carriers. The surge in investment comes amid a host of changes. Broadly speaking, an increasing number of people are moving from permanent positions to the gig economy, while risk continues to expand beyond the physical and into the digital realm. Meanwhile, customers want — and expect — to be able to purchase the exact insurance products they need whenever, wherever and however they want. Against this backdrop, carriers and agencies are turning to digital solutions as a way to stay competitive, by reducing costs and increasing their levels of service. The five key macro trends, listed below, not only overlap and feed into one another, but also are also powering the insurance industry’s embrace of insurtech.

Evolution of the workforce. By as soon as this year, 43% of the workforce is expected to be participating in the gig economy vs. just 10% in 2010, prompting the creation of new insurance providers such as Bunker and Slice to address the need for on-demand, on-the-job coverage. In the meantime, traditional insurers (auto, home, worker’s comp, etc.) have exclusions for gig economy-related activities, so traditional carriers are investing in insurtech startups or expanding their offerings to include coverage for gig economy workers and applications. That said, the risk pools for gig workers are still small relative to the broader insurance market. In other words, there likely is still more activity than there are dollars.

Emergence of new risk categories. The growth in cybercrimes, alongside the emergence of new digital asset classes such as cryptocurrency, is creating the need for new types of coverage. Cybercrimes yielded more than $2.7 billion worth of damages in 2018, up from $485 million in 2011. In response, insurtechs focused on cyber risk solutions (e.g., security analytics, cyber insurance) are being created to provide services to both insurance companies and customers across industries that need insurance and risk analytics solutions. Major carriers are updating their cyber risk solutions, such as by adding product lines or augmenting coverage, and are partnering with cyber-focused providers to leverage their digital capabilities (e.g., online platforms) and cybersecurity expertise. Meanwhile, a new and growing class of insurance is aimed at cryptocurrency-related incidents (e.g., theft, lost keys), with insurtech entrants such as Coalition that focus on or include coverage for cryptocurrency losses and traditional carriers such as A.I.G. expanding their coverage for cryptocurrency-related businesses.

Personalization of insurance. New technologies such as telematics are enabling insurers to micro-segment risk and, in turn, create more personalized insurance offerings. Carriers such as Progressive (MyRate) and Allstate (Drivewise) have been early players here, with telematics-based programs that can reward individuals with lower effective premiums for safe driving behaviors. Also driving personalization is the emergence of fractional insurance coverage models that allow consumers to purchase the specific insurance they need (e.g., pay-per-mile models for auto insurance). Insurtech companies such as Metromile, Trōv and SURE offer personalized, flexible and on-demand/usage-based digital insurance products.

Shift to omnichannel distribution. With the continued growth of carrier-direct models (e.g., Progressive, Geico) and insurance marketplaces (e.g., EverQuote, Insurify, The Zebra, SelectQuote), the traditional agent distribution model in personal lines has come under pressure. Carriers have been responding with their own omnichannel plays, such as Prudential’s acquisition of Assurance IQ to bolster its direct-to-consumer (DTC) capabilities. The next battlefield will be commercial lines for small and midsize businesses (SMBs), where there are a lot of venture capital-funded DTC players (e.g., Insureon, CoverWallet, Next Insurance), and carriers have been launching their own DTC offers for omnichannel (e.g., biBERK from Berkshire Hathaway). However, online DTC still has a long way to go on the commercial side; by some estimates, it currently comprises less than 5% of the market.

Digitization of insurance processes. Whether it’s for agency management or carrier processes, insurance companies are increasingly leveraging cloud-based solutions to stay competitive. Agency management software (AMS), which helps agencies digitize processes that used to be done manually (e.g., quoting, claims processing, renewals) in order to streamline their operations, is being offered from companies including Flyreel, Vertafore and Shift. For carriers, software and associated tools from solution providers such as Guidewire and Duck Creek help automate and streamline core processes such as underwriting, billing and claims management by moving work streams to the cloud.

A wide range of investment opportunities

All of these trends are driving a wide range of investment activity and new product development in the insurance industry. And while there is some overlap, for the most part the two main investment groups — private equity and traditional carriers — are taking a slightly different focus.

Private equity has also been investing in analytics, in particular providers of claims and fraud analytics, among them Solera (Goldman and Vista in 2015), Friss (Aquiline in 2017) and Mitchell International (Stone Point in 2018). AMS platforms that optimize existing processes are another area of focus; examples include Applied Systems (Hellman & Friedman in 2013), Zywave (Aurora Capital in 2013), Vertafore (Bain Capital and Vista Equity in 2016) and ITC (KKR in 2018).

Carriers are investing in and creating new products across the board, in particular digital platforms that support their core value streams. When it comes to gig economy-centric insurance solutions, Chubb in 2018 invested $2 million in Bunker while Munich Re invested in Slice, and in 2019, Prudential paid $2.35 billion to buy Assurance IQ, the aforementioned DTC insurance platform that also promises to help Prudential better reach middle-class consumers. Meanwhile, Geico began offering its rideshare insurance coverage to gig drivers and Allstate created “Ride for Hire.” Allstate has also created a “Personalized Insurance Proposal” product, while Progressive has rolled out “MyRate” and “Name Your Price” tools. And insurers including Travelers and Hanover have inked partnerships with a range of telematics vendors. Meanwhile, W.R. Berkley in 2019 invested $12 million in Sure. Back in 2017, Munich Re Ventures invested in Trov, then the following year was behind an $83 million Series B round in DTC platform Next Insurance. But other carriers have been developing DTC platforms in-house (e.g., Berkshire Hathaway’s biBERK). Major carriers are also investing in internal insurtech solutions to power their own businesses. For example, Allstate launched the Allstate Business Insurance Expert in 2018 to provide small-business customers with an AI-powered chatbot to address common insurance-related questions.

Despite the flurry of insurtech investment activity to date, there remains a significant amount of runway for additional investment. The insurance category is huge; some $1 trillion in net premiums were written across property and casualty, as well as life and annuity insurance in 2018.

And from a DTC standpoint, some classes of insurance (e.g., commercial lines) are still relatively underpenetrated. DTC online sales of commercial insurance for SMBs are expected to grow more than 40% a year through 2023, driven mainly by major carriers that are expected to aggressively ramp up their digital capabilities. Capitalizing on this emerging online DTC channel trend are companies such as Insureon, Founder Shield, CoverWallet, Embroker, Next Insurance and Pie Insurance.

As insurtech companies respond to major market trends underpinned by digital technologies, from personalization to the emergence of new risk categories, they are driving a fundamental evolution of the insurance industry as a whole and — in the process — creating a slew of new investment opportunities. Private equity firms can potentially earn significant returns in this space, especially since so far there has been limited activity outside of agency management systems. There are also now more strategic exit opportunities for private equity firms, with carriers becoming more active investors in insurtech. As to the carriers themselves, these trends present them with an opportunity to preserve and/or enhance their core offerings as well as to drive further growth. But while major players have already been involved in a notable number of deals and initiatives, midmarket carriers and state funds in particular need to catch up. Indeed, all of the trends underpinning the industry’s evolution are forecast to continue for the foreseeable future, and may even pick up speed. To truly leverage these opportunities, however, private equity and traditional carriers alike need to be creating a road map now.

Insurance
Innovative technologies are driving a fundamental evolution of the insurance industry.