Capitalizing on the Opportunities in VR/AR 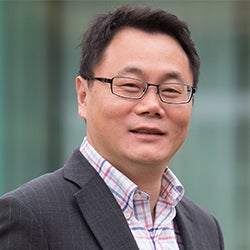 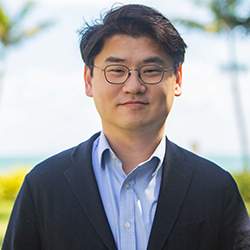 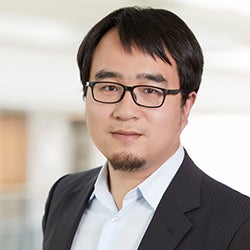 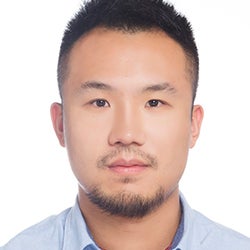 From internet to mobile internet to VR (virtual reality) and AR (augmented reality), a new technology revolution has arrived. Both leading companies and startups are positioning themselves to take advantage of emerging opportunities. As the competition gradually heats up, developing the right strategies is a priority to succeed in the VR/AR market. Who will be the winner in the VR/AR era?

What is the outlook for the VR/AR market?

The VR/AR market has been in full swing in the past five years — a number of companies have rushed into the market.

After rapid development in 2016-2017, the global AR/VR industry entered a correction phase in 2018, and L.E.K. Consulting expects the growth rate of related investments to decline. At the same time, as investors become more rational, the industry’s focus has shifted from concepts to commercial applications. We believe that in the next two to three years, the market will maintain steady growth, driven by the gradual maturity of content development and industry applications.

VR/AR tools and basic technologies account for 40% of total investment, whereas hardware accounts for 35% and enterprise/vertical applications for 8%. The remaining investment went to games, entertainment an other applications.

In terms of deal numbers, enterprise/vertical applications have quintupled in the past two years and become the most active areas for investors. In the content markets such as games and entertainment, investors have become more conservative, and the deals are concentrated among the leading players in each category.

A viable technology development road map has been defined

AR technology has also made great progress on multichannel interaction and network transmission. However, AR is more complicated, with simultaneous localization and mapping (SLAM) algorithms and relevant peripherals and optical displays; thus, its technology maturity is lagging by one to two years.

The main drivers of the VR market right now are the business markets of education and retail. With VR technology maturing and price declining, consumers will present an even bigger market.

The more complex AR technology will likely be ready by 2023. AR shipments will reach 32 million units by 2025. Business applications will dominate the market in early years. With major internet companies such as Google, Facebook, Microsoft and Apple driving the market, consumer adoption will accelerate.

Who will lead VR/AR development?

Leading global technology companies, including Google, Microsoft, and Baidu, Alibaba and Tencent in China, are investing in and leading B2C-end.

The VR/AR value chain is a diverse ecosystem that begins with hardware and moves through operating systems and development tools to applications, content, sales and distribution.

Powerful developer tools and distribution platforms attract many third-party providers to develop content for them and in turn build a complete ecosystem.

For these leading internet companies, the consumer market represents greater opportunities. Many of them have invested heavily in both software and hardware. They will likely dominate the consumer market through defining and standardizing the application architecture of VR/AR, and by customizing software services and solutions.

The business market consists of diverse segments and requires integration with domain knowledge. Current VR applications in business are limited to weak-interaction services such as education and tourism.

VR/AR solution companies should refer to application scenarios and embed industry logic in their solutions. They can enhance their control of the value chain and become the provider of integrated solutions to further address the needs of business customers.

As an example of AR’s application in industries, the method for steel plate inspection and grading differs depending on downstream application. Though experienced workers are able to perform visual grading, it is rather time-consuming and labor-intensive. AR solution companies can collect steel plate grading rules through AI learning and computer vision and embed this rule base into software products. This can create a high technical barrier to additional market entrants.

How to evaluate VR/AR companies

Consumer segments are likely to be controlled by the leading technology companies due to their technical prowess and significant resources. More opportunities exist in B2B segments. To evaluate a potential target, it is imperative to verify three aspects.

First, the company has the capability of “software and hardware integration.” In other words, it can customize and optimize the underlying software based on hardware/firmware characteristics.

The B-end of VR/AR covers various industries. There are multiple use cases in each industry, and the configuration of hardware devices may be different for different use cases. However, open source operating systems such as Android do not provide complete support for different mobile chip instruction sets. VR/AR B-end software products require secondary development to be compatible with different hardware or to achieve optimal performance. The excellent B-end AR/VR company needs to work closely with hardware manufacturers to ensure product portability and performance.

Second, the company has a clear industry focus and has accumulated rich experiences.

Customer acquisition in B2B is costly, but the switching cost is equally expensive. B-end software companies often carry out large amounts of communication, research and development, product iteration, and debugging work with their customers. The learning curve is steep. AR/VR software companies with deep experience and knowledge in a specific industry often establish brand reputation and certain technical capabilities. They often have more control of the value chain and can capture a bigger profit share.

Third, the company’s solution offerings are well-thought-out and focused on business markets where it can differentiate.

Development of the AR/VR industry is still in the initial stage. The technology’s application in many industries and fields is still in the concept stage. The business model and profitability also need to be verified. Blindly carrying out cross-industry expansion not only is unconducive to its own technology and product capabilities, but also has a high opportunity cost.

Demystifying AI’s Impact on Jobs in the Service Sector

With so much hype around the potential disruption that artificial intelligence (AI) and automation will have on the service sector, it can be difficult to…

Ride-hailing and ride-sharing services delivered by platforms such as Uber, DiDi and Ola are transforming the transport sector.

L.E.K.'s Simon Barrett shared his address to the Australian Transport Summit on the potential of on-demand public transport

I’ve been lucky enough in the past few weeks to spend significant time with industry leaders in one-on-one engagements, and as an attendee at the Austmine…