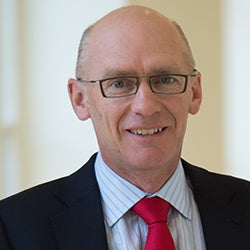 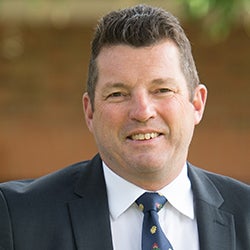 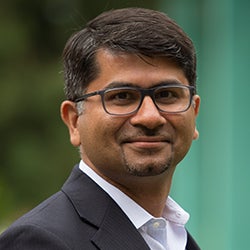 Society is on the verge of a global social and economic change with the mass introduction of commercially viable connected and autonomous vehicles (CAVs) and the continued expansion of the shared economy into urban transport. These trends are expected to drive profound changes to public and private transport in our cities. They will also influence many other parts of the economy, including civic infrastructure, logistics, service delivery, legislation and real estate development.

While CAVs will not be the dominant mode of road transport for several decades, driverless cars are already here. Earlier this year Waymo launched a service in Phoenix, Arizona, and customers can now book a self-driving car using the Lyft app.

The Phoenix launch is a key juncture for the CAV industry. After billions of dollars of research and development, companies are testing society’s readiness for CAVs, with regard to both their capability on real-world roads and their value for everyday users.

While it is uncertain when CAVs will be commercially available on our roads, we do know that they are coming — and that when they do, there will be significant implications for the use of major infrastructure assets (such as roads, toll roads, rail, large car parks and mass transit) and for infrastructure investors making long-term capital decisions about these assets.

Understanding the potential of CAV technology, in conjunction with likely consumer reactions, reveals the potential impact of this technology on demand for existing road and transit networks. L.E.K. Consulting has been working with clients to develop early perspectives on these questions, to help narrow the uncertainty about CAV technology in the context of major capital investment decisions.

To understand how these questions will shape and be shaped by human behaviours, L.E.K conducted sophisticated statistical analysis (choice modeling) on roughly 2,000 people in Sydney, Australia. This shed light on what sort of behavioural changes could be associated with the introduction of CAVs, supporting our understanding of how consumers are likely to interact with the emerging technology.
We have identified four key impacts of CAV technology. Infrastructure investors need to keep these in mind when considering long-term capital decisions for assets potentially affected by CAV technology.

CAVs appear capable of drastically reducing headways and will significantly eliminate human error, the primary cause of road accidents. CAVs will, however, take time to be the dominant mode of road transport, and the realisation of these benefits will depend on customer willingness to accept the technology.

CAVs are expected to improve road capacity, driven by technology-enabled reduction in the safety gap (i.e. vehicle headway), from around 0.9 seconds (s) to about 0.2s and eliminate accidents related to human error. When taking human comfort into account, researchers estimate the minimum tolerable safety gap to be around 0.5s between vehicles. The result of this improvement is an estimated effective capacity between 3,300 and 5,300 vehicles per lane hour (Figure 1) — an increase of 45% to 130% in vehicles per lane hour compared with today1 but still less than what the technology is capable of delivering.

The wide forecast range is driven by the selection of an appropriate baseline and uncertainty in the degree to which technology capabilities will be applied in the future. Despite this, a number of sources point towards estimated effective CAV capacity uplifts in the range of 60% to 80% in vehicles per lane hour.

The period in which the CAV fleet shares the roads with human-driven vehicles may see certain additional safety measures imposed, such as conservative programming of CAVs. These safety measures are expected to cause a reduction in capacity, compared with today, until the majority of the fleet has successfully transitioned to CAVs.

Induced or new demand for the road network

Market research completed by L.E.K. suggests that new trips made in CAVs will add between 5% and 15% to total traffic levels.

New (or induced) demand is expected to be concentrated in three main areas: new trips taken by the general population, the disaggregation of existing single trips into multiple future trips and new demand from population segments currently facing barriers to travel (e.g. children, the elderly and people with disabilities).

The added convenience of CAVs and their anticipated cost-effectiveness is expected to increase discretionary leisure trips in particular by c.5% to 20%.

The adoption of CAVs through new or induced demand will no doubt face barriers. For example, regulations may be placed on children riding alone, certain groups of people may feel unsafe in ‘pooled’ scenarios and some individuals may retain the desire to drive their own vehicles for the sheer pleasure of it. Nevertheless, anticipating that most barriers to adoption can be overcome, L.E.K. found that new (or induced) demand could stimulate an uplift of c.5% to 15% in average vehicle trips per person in comparison to current levels.

A trip multiplier could also come into effect with single trips that currently serve multiple purposes being disaggregated into two or more trips in the future. L.E.K. research suggests that this trip multiplier could have the most significant impact on education trips, which could increase by up to c.100%.

For example in the future, parents currently dropping their children at school on their way to work may instead choose to send their children to school in a CAV while separately riding to work. The number of trips per vehicle could more than double in such circumstances. For example, Figure 2 shows that where the CAV returns home to park after dropping the parent at work, twice as many stops take place and the CAV covers three times as many kilometres (the segments) as in the ‘current-state human driver scenario’. Note that this indicative scenario assumes school is the midpoint between home and work.

Thus, the ownership model for CAVs and their usage will significantly affect demand and whether benefits in reduced road congestion are realised. For example, if a privately owned CAV is sent home empty, it is creating an extra trip on the road that wouldn’t have otherwise existed. However, if the same CAV is either privately rented or part of a commercial fleet and able to pick up additional passengers, vehicle movements would be fewer than that under the private CAV ownership scenario.

a) Change in sensitivity to travel time and consequent reduction in the use of tolled motorways:

b) Increased acceptance of shared transport:

Under a range of modeled scenarios, L.E.K. has estimated that urban road-based traffic volume could increase by c.10% to 25% over baseline traffic volumes by c.2060 as a result of shifts to new automated vehicle technology and the generation of entirely new trips.

Development of the CAV industry

L.E.K. considers three factors to be worth considering further with respect to the way the CAV industry should develop, as they will drive the ability of CAVs to reduce road congestion and improve mobility in urban areas:

Government incentives, regulations and the role of policymakers

It is self-evident that a government’s willingness to support emerging modes of transport will influence not only their adoption, but also their ability to eventually reduce road congestion. Governments have a range of regulatory and financial levers they can pull to precipitate behavioural change with respect to CAVs; e.g. providing financing schemes with generous payback periods or tax incentives on purchases. Likewise, governments wishing to promote shared CAV use could subsidise pooled rides or tax personal use that creates empty ‘zombie’ CAV journeys.

It is therefore important that policymakers at all levels of government take a unified approach to dealing with the emergence of CAVs in urban environments. This unification also extends beyond policy. Without cohesive collaboration between all stakeholders, including governments, service providers, investors and consumers, the benefits of CAVs may not be delivered in a sensible, orderly or cost-effective manner.

Governments also have an obligation to develop frameworks that will best support the safety of the industry. This extends beyond simple road rules to the practically and philosophically difficult regulations around collisions, which will require collaboration with other stakeholders, namely the corporations and software developers involved in developing the technology that powers CAVs.

Different demographic, geographic and socioeconomic factors, customs, and patterns will invariably alter rates of adoption. Nevertheless, there are certain impediments to rapid acceptance and adoption of CAV technologies. Such impediments currently include safety (and perceptions of safety), giving up driver control, privacy and the long held attachment to direct vehicle ownership.

Although these challenges may dissipate over time, for now it is important that they are understood and addressed, particularly by policymakers, technology providers and the organisations driving the CAV sector.

Availability of substitute modes of transport

Road congestion and the adoption of CAVs will also be dependent on the other modes of transport that are currently available, or may become available, as substitutes for CAVs.

If a consumer currently has access to a mode of transport that has similar levels of utility to a personal CAV or a pooled ride, the consumer may be less inclined to use a CAV than a customer without access to similarly efficient and pleasant travel options. For example, consumers in Tokyo may be less willing to use automated pooled rides than consumers in Los Angeles, given the expansive subway and local train system in Tokyo, compared with the car-centric Los Angeles.

In addition, there is a possibility that other new modes not currently envisioned or close to market will yield advances that will further transform the mobility landscape. These advances could be related to road-based vehicles but could also be entirely new forms of transport, such as unmanned aerial vehicles, or new mass transport systems, such as ‘Hyperloop’ transportation systems. Should these or other equally transformative modes make a safe and cost-effective market entry, they could significantly disrupt the adoption of CAVs and dramatically alter the face of road congestion.

The impact of CAVs on urban road networks

L.E.K. research has established that it is generally accepted that CAVs have the potential to increase road capacity by c.60% to 80% in vehicles per lane hour.

Some of these gains will be offset by increases in the demand for urban road use directly attributable to CAVs (estimated by L.E.K. at c.10% to 25% by c.2060).

The net impact on road congestion on a case-by-case basis will depend on overall levels of traffic growth unrelated to CAVs, which will reflect a range of factors including population and employment growth and the uplift in real incomes and associated growth in discretionary trips.

CAVs have the potential to revolutionise mobility for the better, but this is not a forgone conclusion. To achieve the anticipated benefits, key stakeholders (including governments) will need to work together to develop innovative approaches that tackle the emerging challenges and opportunities outlined in this report.

Endnote
1Observations of driving behaviour in driven vehicles indicates that a safety gap of 1.4s on average is maintained in a motorway environment; RMS; University of Columbia; University of Southampton; L.E.K. research & analysis

On the CarAdvice podcast, L.E.K.’s Natasha Santha explains why Australian interest in electric vehicles is well below the global average.

How will commuters react to the home working experience?

As the media and society starts to explore the shape of exit from lockdown, L.E.K. Consulting researched the impact of the current, enforced experience of…

COVID-19 in the US: Consumer Insights for Businesses — Edition 2, Part 1

Edition 2 reflects responses captured on April 1, 2020, from ~2,400 U.S. consumers who are demographically representative of the general population.

Mobility as a Platform