Key risks and opportunities in the offshore wind value chain 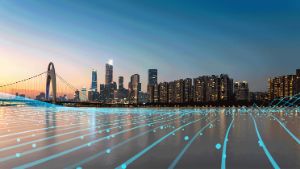 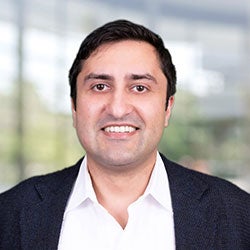 The U.S. offshore wind market is at an inflection point, with project development announcements significantly accelerating over the past two years. Key risks remain that may derail the timely rollout of the offshore pipeline. The most important of these are transmission constraints and associated required upgrades to the onshore grid. Supply chain and maritime infrastructure constraints may also pose substantial liabilities.

Given these risks, developers will need to closely monitor the build-out of onshore transmission grids and engage early with U.S. supply chain partners to meet state procurement requirements. Similarly, investors looking to play across the wind value chain are likely to find value in downstream opportunities as the U.S. supply chain develops.

State of the industry

There are currently 30 offshore wind projects planned in the U.S., corresponding to more than 35 gigawatts (GW) of total planned capacity (see Figures 1 and 2). As the first large-scale developments get underway, developers are establishing U.S.-based supply chains for the first time. For example, in November 2020, Equinor announced an agreement as part of its winning New York state bid for two offshore wind projects (Empire Wind 2 and Beacon Wind 1) to assemble wind towers and transition pieces at the Port of Albany and to invest in port upgrades in the South Brooklyn Marine Terminal to create an offshore wind staging and assembling facility. Supply chains will likely continue to be U.S.-based at the urging of state legislators vying for local economic benefits.

US offshore wind projects based on capacity (MW), by state, developer and operating date US offshore wind projects based on capacity (MW), by state, developer and operating date

The Biden administration has set an aggressive target of 30GW of offshore wind by 2030. A number of initiatives to date have helped accelerate development, although the most significant expected tailwinds are yet to be enacted. While there is increasing legislative momentum behind the offshore industry, key uncertainties around policy specifics remain.

Over its first year, the Biden administration has announced a number of policies to accelerate offshore wind development, including:

On Nov. 15, 2021, Congress passed the administration’s $1 trillion infrastructure bill into law. While the bill includes a $65 billion investment in grid infrastructure, the majority of this spending is allocated to resiliency upgrades of existing transmission lines, which are unlikely to support the offshore wind market’s development. However, the $2.5 billion allocated to establish a Transmission Facilitation Program may help. This program is for the DOE to develop “nationally significant transmission lines” to improve access to clean energy.

The largest potential tailwind for offshore will come in the form of the $1.85 trillion economic and environmental bill that is slated to be passed through a reconciliation process, though the likelihood of its successful passage is unclear. While the details of the policies anticipated by the bill are still unknown, the most consequential components of the bill will probably include an extension of investment and production tax credits over a multiyear period that is likely to be longer than any past extension; more importantly, credits will be in the form of direct payments instead of a tax liability offset, considerably increasing the upside for renewable energy developers. In addition, the bill will likely include investments in transmission capabilities beyond those included in the infrastructure bill.

US offshore wind pipeline and major offshore projects by state US offshore wind pipeline and major offshore projects by state

Key risks could delay on-time development of the offshore pipeline

Despite the positive momentum in the policy environment for offshore wind development, a number of key risks to the offshore wind pipeline remain. These risks may delay the timely completion of projects, or may even cause specific projects to be canceled due to cost overruns. The timeliness and cost competitiveness of the first large-scale offshore wind projects to come online (e.g., the Martha’s Vineyard project) will be important milestones that will be monitored closely by offshore wind market stakeholders in order to assess the viability of remaining projects in the pipeline.

Likely the most important roadblock facing offshore wind development is the significant cost of necessary grid upgrades and the question of how to allocate these costs among numerous stakeholders (including project developers, regulated utilities, Independent System Operators (ISOs) and ratepayers). PJM, the transmission organization for 13 mid-Atlantic and Midwest states, estimates that $2.1 billion to $3.2 billion in grid infrastructure upgrades will be required to support offshore wind in its territory through 2035.

Given that the cost of grid upgrades is often allocated to the next project in line within a grid operator’s interconnection queue, project developers may balk at the considerable investments required to connect their projects to onshore grids. This is especially true of announced offshore wind projects with estimated operating dates in 2028 or later that have not yet established a point of interconnection. Significant interconnection costs may delay project timing or even cause offshore wind projects to drop out of the queue.

U.S. ports will require investments to upgrade staging facilities to adequately serve the needs of offshore wind projects. Additionally, there is currently a lack of U.S. vessels capable of performing installations of offshore wind turbines in compliance with Jones Act regulations, although some U.S. installation vessels are expected to come online by 2023, mitigating the risk of the Jones Act as a constraint on the offshore wind market.

State legislators are increasingly setting requirements for U.S.-based component sourcing and manufacturing, which represent a hurdle for developers given the largely European-based supply chain of today’s offshore wind market. However, this risk is being mitigated by several developers acting as first movers to bring assembly, finishing and staging facilities to the U.S. (although blade and nacelle manufacturing is expected to largely remain Europe-based). For example, in October 2021, Siemens Gamesa announced it would build a $200 million offshore wind blade finishing facility at the Port of Virginia.

In addition to the three risks above, developers cannot ignore additional risks that may derail the offshore pipeline, including potential cost overruns — we expect much scrutiny of the economics of the first large-scale projects, such as Vineyard Wind 1 and Revolution Wind (Rhode Island) — as well as sustained opposition from environmental groups and local residents and a shortage of U.S. skilled labor.

How developers and investors can win

Given the latest dynamics in the offshore market and the remaining risks to the pipeline, developers should closely monitor risks and consider mitigation strategies:

Similarly, investors looking to play across the offshore wind value chain should evaluate a number of key strategic considerations:

While substantial risks attend the achievement of 30GW of offshore wind by 2030, project development is well underway and the U.S. offshore wind supply chain is rapidly developing, representing a broad range of opportunities for developers and investors.