Beating Back Hard Discounters: Lessons From France for the U.K.’s Big Four Supermarkets 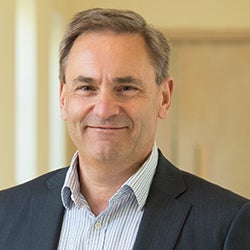 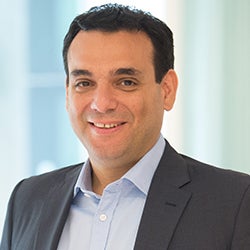 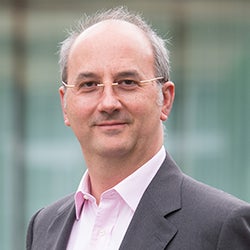 The U.K.‘s big four supermarkets grew rapidly in the 1990s and 2000s, but since the financial crisis a combination of factors has negatively impacted revenue and profit growth as consumers have seen their incomes squeezed and have become more fuel and cost conscious. The market has been split, with a growing gap between the premium and value segments, while the middle has shrunk. Hard discounters, such as Aldi and Lidl, have capitalized on this “value gap,” offering customers low prices while moving away from the spartan customer experience that had inhibited their growth in the 1980s.

The favorable environment and their successful strategies have allowed hard discounters to increase their U.K. market share from 5% at the start of 2012 to more than 8% in 2014. Meanwhile, revenues and profits at the big four supermarkets are stagnant or declining and pressure on CEOs has become intense. The French market saw a similar trend until 2008, when French retailers adopted a range of price-led strategies to re-take the market – since then, hard discounter market share has been in decline in France, discounter store openings are down and some players are exiting the market.

Jonathan Simmons, Vassilis Economides and Remy Ossman from L.E.K.’s European Retail & Consumer Products practice have examined the strategies of major French supermarkets for lessons on how a price-led strategy can ensure the long-term viability of the business, while protecting margins in the short-term. In this Executive Insights, they identify six key strategic initiatives U.K. supermarkets and suppliers should focus on, all of which are aimed at passing efficiency gains to consumers through lower pricing, while ensuring profit protection and an eventual return to growth. 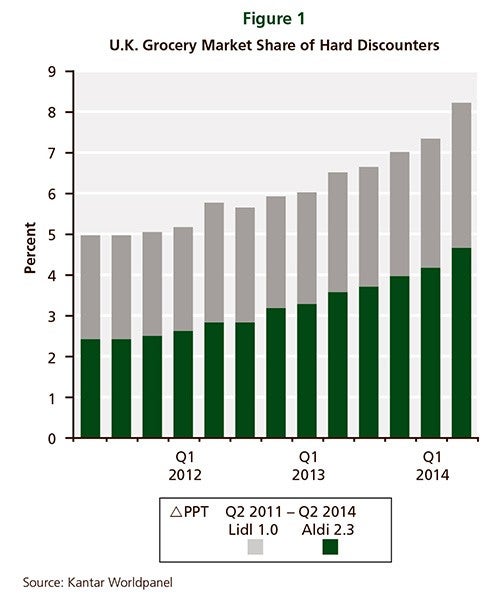 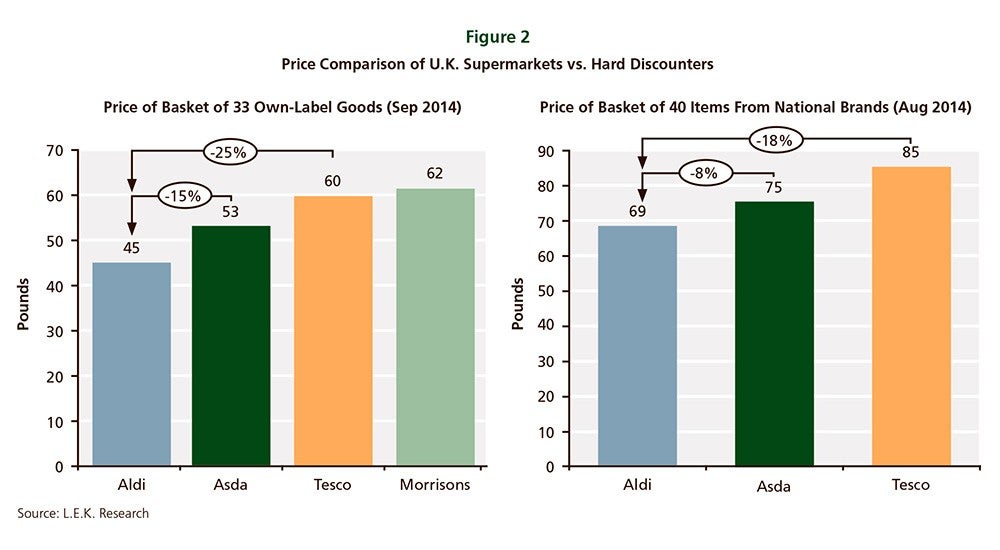 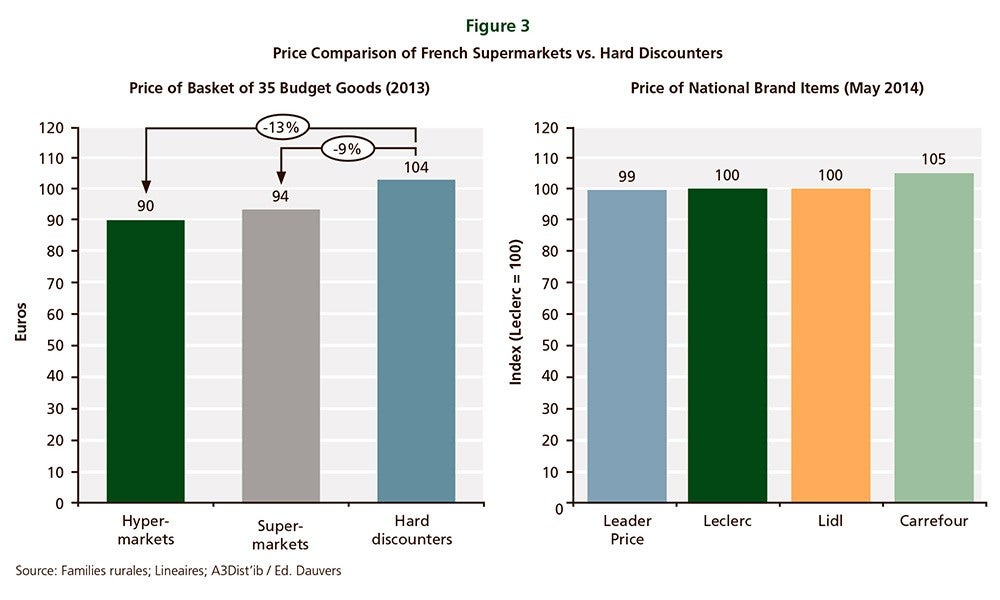 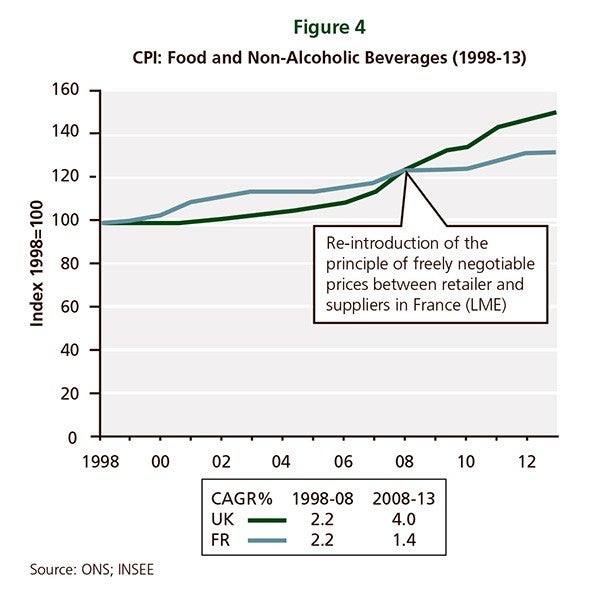